Home All The News Wenger attempts to explain Arsenal’s complacency 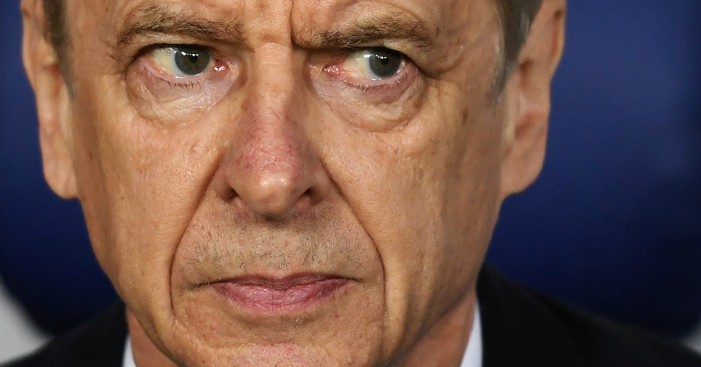 Arsene Wenger suggested his Arsenal side showed a hint of complacency as they were made to fight for their place in the Europa League semi-finals having fallen two goals behind at CSKA Moscow.

The Gunners were boasting a 4-1 lead from the opening leg but found themselves deservedly behind on the night as Fedor Chalov and Kirill Nababkin pounced on Petr Cech parries to put the hosts within touching distance of an unlikely turnaround.

Danny Welbeck halted the comeback with a well-taken goal on 75 minutes, Arsenal’s first shot on target on the night.

Aaron Ramsey then scored in stoppage time to seal a 2-2 draw, sending Arsenal through 6-3 on aggregate.

It was a much nervier night than the Gunners would have anticipated and Wenger put that down to the margin of victory from the first leg.

“You could see when you have a big difference after the first game it is difficult to turn up with the same urgency than if the difference is very small and that played a part in the first half,” he said.

“I felt in the two games they (CSKA) played well, especially tonight they made my heart beat much quicker than I expected it to be played against a good team.

“I knew that after the first game they showed that again tonight, they gave us many problems.”

CSKA boss Viktor Goncharenko felt his side’s recent fixture pile-up played a big part in his players being unable to sustain the high tempo that had frightened the life out of their visitors in the first half.

“Until 75 minutes we played extremely well and were winning in a justified way,” he said.

“We took the lead and were so close winning the this match, after the recent duels with Barcelona and Juventus, it was just too much for us to make a marvellous comeback in this game.

“The tempo of the match began going down and down, the speed Arsenal were playing was high and our schedule at the moment is tough – it didn’t happen because we have been playing so many matches.”