Home All The News Wenger: Campbell is this season’s Coquelin 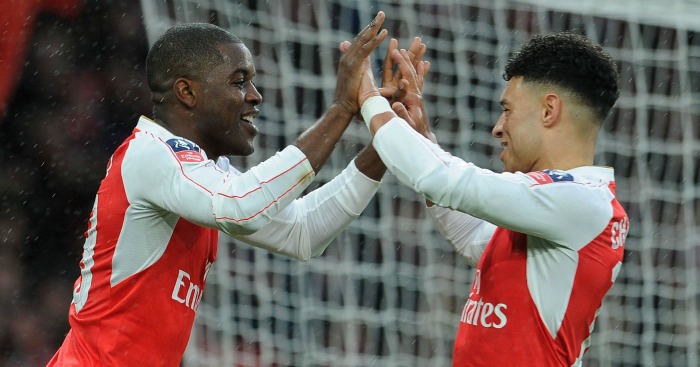 The Costa Rican forward had not started a Premier League match before injuries thrust him into Wenger’s plans at the end of October.

On Saturday he started Arsenal’s FA Cup third-round tie with Sunderland and scored one of the goals in the Gunners’ 3-1 win, as well as playing a part in Aaron Ramsey’s strike.

“He is kind of in Coquelin’s position last year,” Wenger told Arsenal Player. “Nobody expected him [to do well] and now he is taking his place in the team and he is ready to fight for the position and he is efficient.

“I agree [that he is playing with confidence]. That comes out of his game. Compare one month ago to today, he believes he belongs there and has a right to play.”

Wenger was particularly pleased that a team featuring Campbell, Calum Chambers, Alex Iwobi and Alex Oxlade-Chamberlain came from a goal behind.

“The fact that we went 1-0 down and didn’t panic with a young midfield [pleased me],” he said. “We responded and became stronger and stronger in the game.

“As a manager, you come out of the game feeling like this is a real team and they fight together and for one another and they want to do it. That is what I liked very much.”