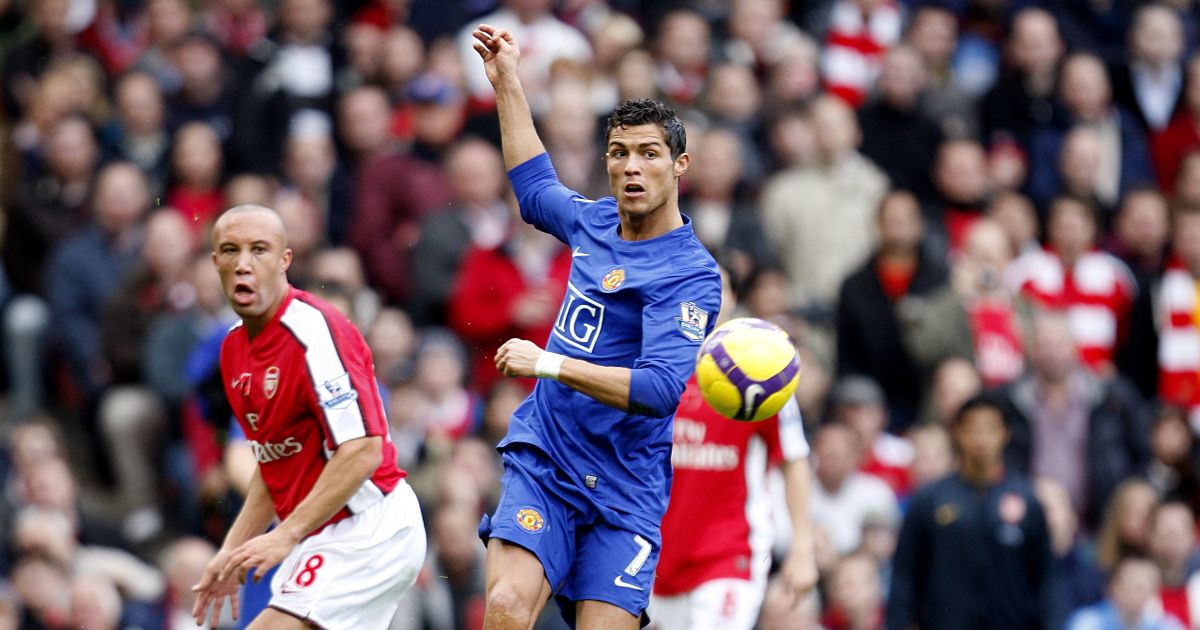 Arsene Wenger says Manchester United’s move for Cristiano Ronaldo was “not 100% rational” while he has revealed the Portuguese superstar almost signed for Arsenal in 2003.

The 36-year-old made a popular return to Old Trafford on transfer deadline day with the Red Devils agreeing a deal a week ago with Juventus.

And now he will be looking to bring some of his winning mentality back to Old Trafford as Man Utd search for their first Premier League title since Sir Alex Ferguson left in 2013.

However, Wenger doesn’t think the decision was made completely with the interests of the team in mind and reckons there was an “emotional” aspect to the signing.

“This is a love story that you want to see,” said Wenger on BILD LIVE on Friday. “[He was re-signed] for more than just sporting reasons, it’s also emotional. I think the decision is not 100% rational.

“Finding a balance in the team is a big challenge. But the players with a lot of experience still score a lot.”

And Wenger has claimed that he had Ronaldo posing with an Arsenal shirt on in 2003 before Ferguson “snatched him” away to Old Trafford.

On completing his move to United, Ronaldo recently said: “I have a fantastic history with this amazing club. I was there at 18 years old and of course I’m so happy to be back home after 12 years. So I’m really glad and looking forward to start my first game.

“I think it’s the best decision that I have made it (the move). It’s right on point in my opinion.

“I moved from Juve now to Manchester, it’s a new chapter, I’m so happy and glad, and I want to carry on again, to make history, to try to help Manchester achieve great results, to win trophies and number one of them, to win great things.”