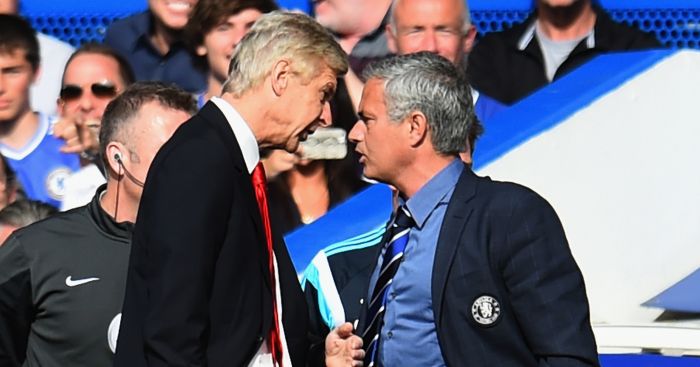 Arsene Wenger has kept his “kindergarten” feud with Jose Mourinho bubbling over.

Wenger and Mourinho seemed to bury the hatchet on a rivalry that started with the latter’s appointment at Chelsea in 2004 and lasted around 427 years.

But the Tottenham manager seemed to take the Arsenal legend’s decision to omit him entirely from his autobiography rather personally.

Wenger made no mention of Mourinho in My Life in Red and White despite their obvious battles, explaining that “I didn’t want to make a book that sorts out some differences. I wanted it to be a positive book.”

But Mourinho claimed it was “because he never beat me” that Wenger chose not to include him.

“You are not going to do a chapter about 12 or 14 matches and never win one so why should he speak about me in his book? A book is a thing to make you happy, make you proud so I understand perfectly the situation.”

He sounds predictably bored with the whole thing.

“I feel like I’m in kindergarten with him. But that’s part of his personality.”

It took Wenger 14 matches to get his first win against Mourinho, eventually emerging victorious just twice in their 19 meetings.

“We beat him twice,” he noted. “We won, and there were also a lot of draws. It’s not ‘you’ who wins, you only participate in the victory. It’s ‘us’ who win. The manager is there to get the most out of a team.”