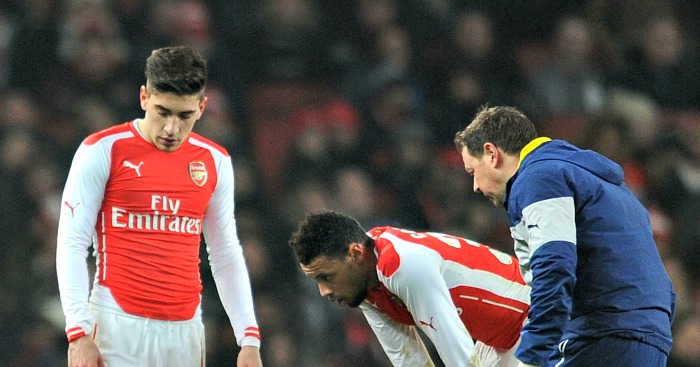 Arsene Wenger has delivered an injury update on six Arsenal players ahead of Sunday’s game with Burnley.

The Gunners host Sean Dyche’s side at the weekend, hoping to maintain their grip on a spot in the top four.

Arsenal are currently fourth with 44 points, one point behind both Tottenham and Liverpool, with Chelsea eight points ahead.

Manchester City are just two points behind in fifth however, and with even Manchester United – sixth, and four points behind – chasing down the top four, Wenger needs a result against mid-table Burnley.

At his press conference on Thursday, he revealed that three players are back in contention for the clash, with Olivier Giroud could feature.

“From last week, Bellerin, Coquelin and Gibbs are back in the group,” he said. “Giroud is back in training since yesterday.”

The Frenchman had less positive news on Theo Walcott, who has not played since December due to a calf injury. Wenger stated that the forward had “not yet” returning to training.

Wenger then confirmed that defender Per Mertesacker, who is yet to make an appearance this season, is “two weeks away” from recovering from his knee injury.