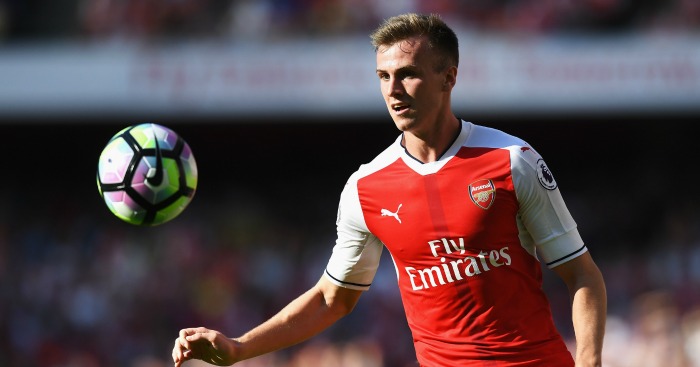 Arsene Wenger has explained why he dropped Rob Holding for the defeat to Stoke on Saturday.

The Gunners were beaten 1-0 by Stoke thanks to a goal from Jese Rodriguez at the Bet365 Stadium.

They had conceded three goals the previous week to Leicester, but managed to overcome the Foxes and win 4-3.

Wenger made just one change to his three-man defence, with Shkodran Mustafi returning in place of Holding.

One Arsenal fan laid into Holding in Sunday’s Mailbox, and Wenger explained his decision on Sunday.

“We conceded three last week so I changed a bit because Mustafi came back and Holding had lost a little bit of confidence,” he told Arsenal’s official website.

“When you have the number of chances we had away from home and you don’t score, you can always complain about the offence and defence.

“We’ve lost one game so I can understand [negativity], but overall I believe that there were a lot of positives in the game. We created many chances, we had great domination, but unfortunately we dropped three points.”