Home All The News Wenger: ‘Fatigued’ Man U star ‘finished the season on his knees’ 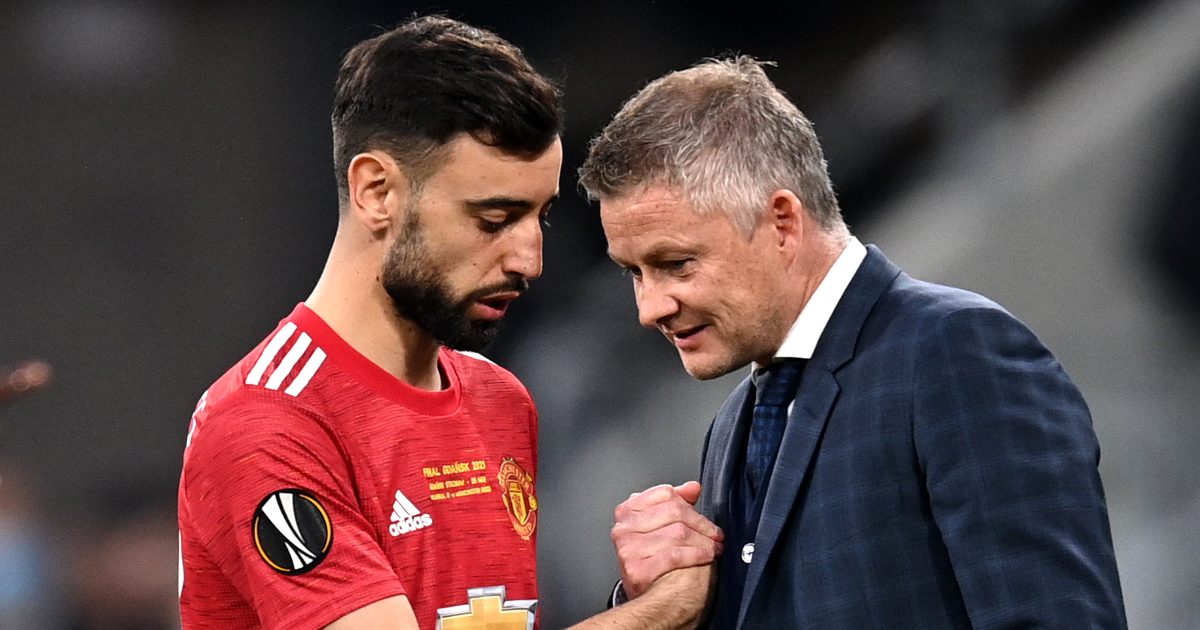 Arsene Wenger has suggested that Bruno Fernandes’ below-par performance in the Europa League final was down to “fatigue” and tiredness.

The midfielder’s long-awaited move to Man United was finalised in January 2020. He joined the Red Devils for around £67m with add-ons from Benfica.

The 26-year-old immediately hit the ground running for United. He got eight goals and seven assists from his first 14 Premier League outings in 2019/20.

Fernandes continued that great form into this season as he notched 18 goals and 12 assists in the Premier League from his 37 outings.

The Portuguese international helped his side finish second in the league behind Man City. They finished the campaign with the Europa League final against Unai Emery’s Villarreal.

Ole Gunnar Solskjaer’s side were the favourites for the final but they underperformed on the night. It went all the way to penalties as it finished 0-0. David De Gea missed the decisive kick as United lost 11-10.

Fernandes was not at his best in the final and Wenger has told beIN Sports that his showing was down to fatigue:

“I personally feel that he finished the season on his knees, and he missed the spark. And sometimes you can see as well, I found him much more nervous in the game.

“So that as well a sign of fatigue. Your top-level is calm, concentration, control. And in the last four or five games, I find him a bit weak on that front. So I hope that he can recover to be efficient for Portugal.

“I know Bruno wants to play but sometimes you make decisions for the benefit of both the team and him.”

Wenger has also suggested that Portugal are well equipped to win the Euros this summer.

He added: “Portugal at the moment to me looks to be the best equipped [of southern European teams] to be dangerous because they were, they won the European Championship in France.

“They have since made good results in the Nations League, and overall, I would say they have a great offensive potential as well.

“They have Jota who plays now at Liverpool, who is a very convincing player.

“They have fantastic players. They have Neto. They’re spoiled for choice as well. Portugal produces players.”