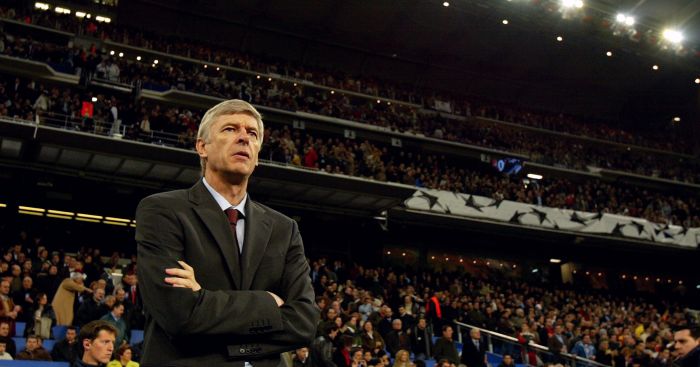 Wenger, 69, brought down the curtain on 22 years at Arsenal in the summer with Unai Emery replacing him at The Emirates.

The Frenchman always stayed loyal to the Gunners and in May he told beIN Sports that he had turned down Real Madrid “two or three times”.

Now though Villeneuve, in an interview with Paris United, says that Wenger held talks with Bernabeu officials.

Villeneuve said: “Two clubs always wanted him as a coach. One was Bayern Munich, because he speaks four different languages.

“I also went to a gymnasium in Italy to attend negotiations with Real Madrid, but he stayed at Arsenal.”

Wenger, who has claimed he will get back into the game in 2019, has been linked with PSG.

Asked when he would be back in management, he recently told Sky Sports News: “At the beginning of the year.

“I have had a good rest and watched football a lot. I have many good memories, so I miss them.”

Villeneuve though, who presided over PSG between 2008-2009, is a firm fan of Strasbourg-born Wenger.

“The current president Nasser Al-Khelaifi does his job well, but great clubs are made through great leaders. A club isn’t only made by great players, so I’d welcome Wenger’s arrival at PSG.

“The leaders there love Wenger a lot, but he never wanted to go.

“He is monogamous and his club is Arsenal.”