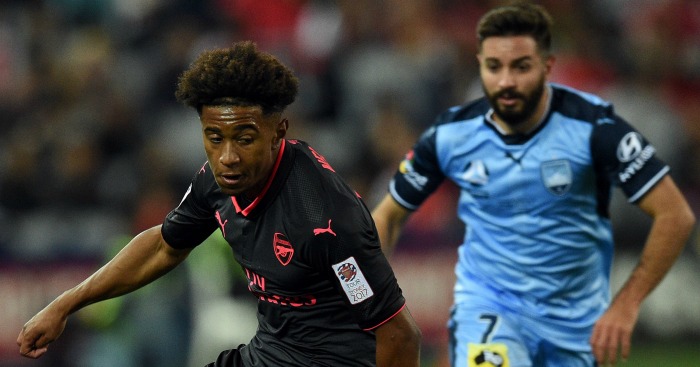 Arsene Wenger says the future of English football is not so bleak after watching two Arsenal teenagers excel against Sydney FC.

Arsenal fielded 17-year-olds Reiss Nelson and Joe Willock and both were excellent in the 2-0 win.

Wenger was impressed with two of his young starters, saying: “Nelson and Joe Willock had very strong performances.

“In England, people are worried, but if you look at the results of the youth teams during the summer, and the performances tonight, the future is brighter than people expected.”

?️ First game done – so who did you think our man of the match was?

Wenger also explained why Laurent Koscielny and Aaron Ramsey were not involved in Sydney, saying: “Laurent is suspended for the first two games (of the season), so I didn’t take a gamble. There’s no need to risk him getting injured.

“Ramsey has been troubled by injuries so I want to give him a good build-up, a good foundation. They will play on Saturday.”