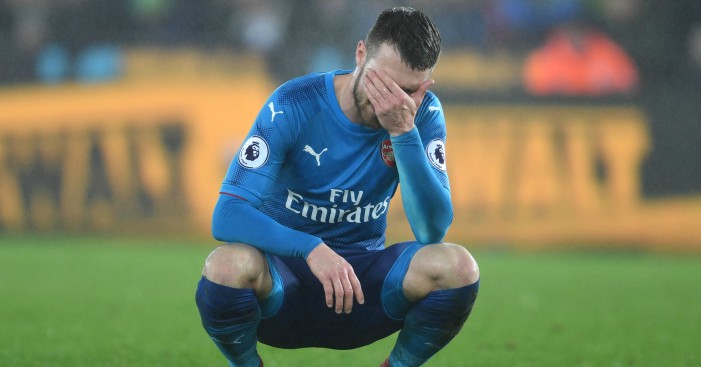 Arsene Wenger admits Aaron Ramsey faces a race to be fit for the Carabao Cup final with Manchester City on February 25.

Ramsey has been sidelined since scoring a hat-trick for Arsenal in the 5-1 rout of Everton earlier this month.

The midfielder sustained a groin injury in the victory, and missed the north London derby defeat to Tottenham as a result.

He will be absent as Arsenal begin their Europa League knockout campaign against Ostersund on Thursday, and Wenger says he might miss the club’s latest Wembley trip too.

“It is a little bit a sensitive case because I expected him to be a bit further in his development of the groin problem.

“He doesn’t move forward as quickly as I expect it, and today I would say that certainly he will not be available even for the next game against Ostersund.

“Maybe for the cup final, I don’t know yet, it depends how he will progress from now.”