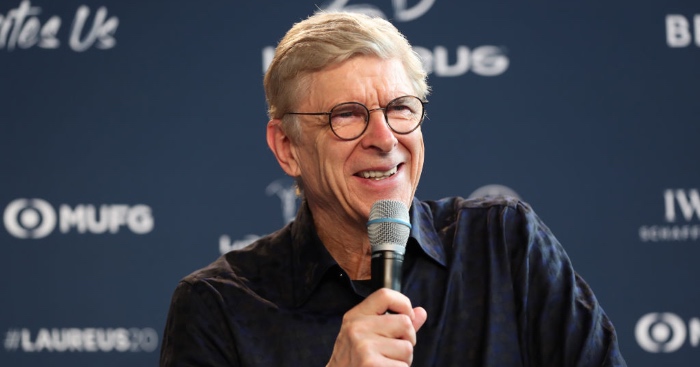 Former Arsenal boss Arsene Wenger has explained some radical law changes he wants to see introduced to the world of football.

In his role as Fifa’s Head of Global Development, Wenger is involved in helping in the process of adapting the laws of the game.

And the 70-year-old explained that he would like to see the offside law altered, changes to corners and free-kicks, as well as ‘kick-ins’ introduced.

“For the moment, you are offside if a part of your body that you can score with sits ahead of the body of a defender,” Wenger told L’Equipe (via GetFrenchFootballNews)

“I would like it to be that there is no offside so long as a (single) body part which a player can score with is in line with the defender.

“This could be too much of an advantage for an attacker, because that obliges the defenders to play higher up.”

READ MORE: One per Premier League club: The ones that got away

On corners and free-kicks, he added: “An in-swinging corner that goes out of play and comes back in could be made valid, this would create new goal-scoring opportunities.

“There is also the option of quickly playing a free-kick to yourself.”

And finally, he wants to do away with throw-ins in the defensive half.

He said: “I would also like to change the throw-in rule: five minutes before the end, a throw-in for you should be an advantage, but in these situations you are facing 10 outfield players in play, whilst you only have 9.

“Stats show that in 8 out of 10 of those throw-in situations, you lose the ball. In your half of the pitch, you should have the possibility to take a kick instead.”