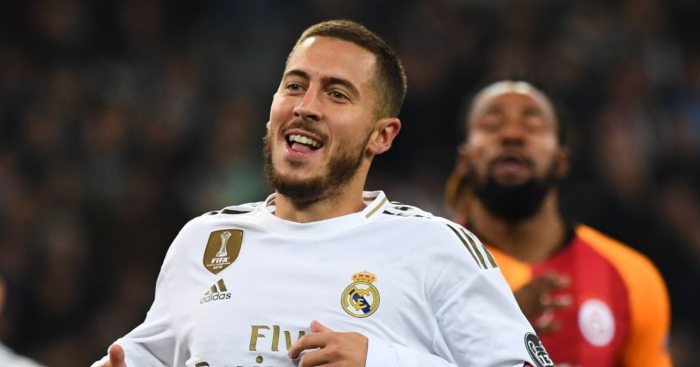 Arsene Wenger claims Eden Hazard arrived at Real Madrid “too heavy” as he attempted to explain the forward’s poor form since his move to Spain.

The Belgium international completed an £89million switch to the Bernabeu in the summer, leaving Frank Lampard to reshape the Chelsea squad at Stamford Bridge.

However, Hazard has failed to hit the ground running in LaLiga, starting nine matches and only managing one goal and two assists.

“I feel we have not seen the Hazard we’ve known in England yet,” Wenger told beIN Sports.

“He was not physically fit after he was injured.

“Is he a little bit… he’s not a player usually impressed by anything, but he looked to me like he does not have the same confidence he had at Chelsea.”

On whether Hazard is struggling because of the pressure on players at Madrid, Wenger said: “He’s not the type of guy to be like that.

“I don’t know him well enough to assess that.

“But I think it was more down to physical reasons.

“He came too heavy, like we read in the papers.

“If you want to make a horse lose a race, putting two kilos on a horse of 500 kilos is enough.”