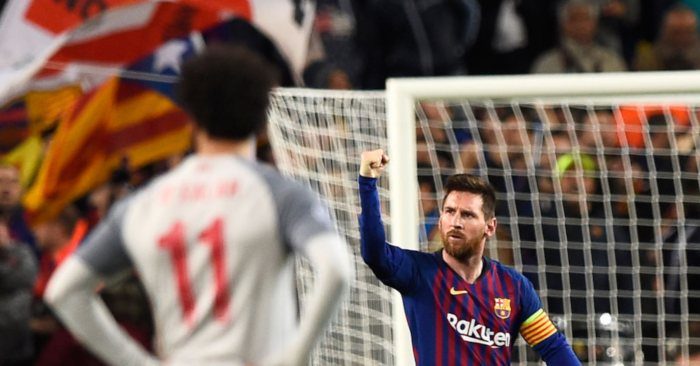 Arsene Wenger has likened Mohamed Salah to Lionel Messi and called him a “complete player” in front a smiling Jurgen Klopp.

The Egyptian has carried on his form from the last two seasons into the current campaign, contributing 13 goals and six assists in all competitions.

He turned from goalscorer into chance creator in Liverpool’s 2-1 victory over Monterrey on Wednesday and Wenger was particularly impressed.

“I like the way of his evolution,” Wenger told beIN SPORTS in front of  Klopp.

“Because he had touches last night [against Monterrey] of a playmaker.

“He created chances around the box that are exceptional, there were things of Messi in him last night and I like that a guy who can score so many goals also becomes the guy who gives assists.

“That is a complete player. That’s what we all admire and what we want from our players.”

Jürgen #Klopp and Arsène #Wenger talk about the @MoSalah effect 🙂

On Salah‘s performance on the Liverpool training ground, Klopp said in the same interview: “Very good, very good experiences [with Salah] but the most positive was on the training ground – sensationally good. On the pitch he’s great, really, really good.”