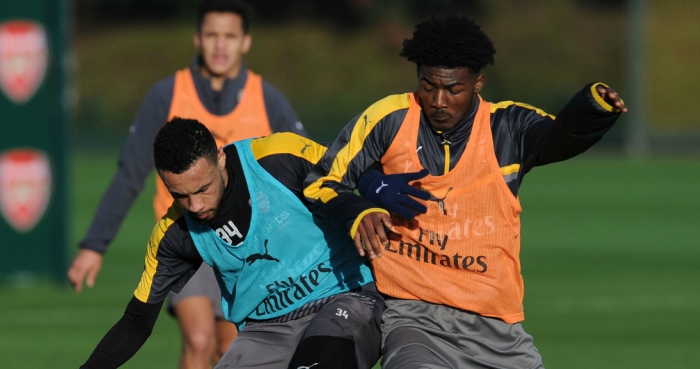 Midfielder Francis Coquelin is close to completing a move from Arsenal to Valencia, Gunners boss Arsene Wenger has confirmed.

The LaLiga side earlier on Wednesday tweeted a picture of a suitcase, adorned with the initials ‘FC’.

Speaking after the goalless draw at Chelsea on Wednesday night, Wenger said: “He goes to Valencia. He didn’t get enough games with us this season. He had an opportunity. I let him go.

“The best way to replace Coquelin is to get Aaron Ramsey and Mesut Ozil back, that will help. After that we see.

“We have seen again that Maitland-Niles had an outstanding performance. He is a defensive midfielder, basically.

“What he is doing at the moment will help him develop as a player because he plays in a different position but at some stage I will play him in at defensive midfield.

“At the moment we have Monreal and Kolasinac injured and they will come back. So that is as well as opening for him in midfield.”

The transfer fee for Coquelin is reportedly £12million.

The Frenchman has made just seven Premier League starts this season for the Gunners.