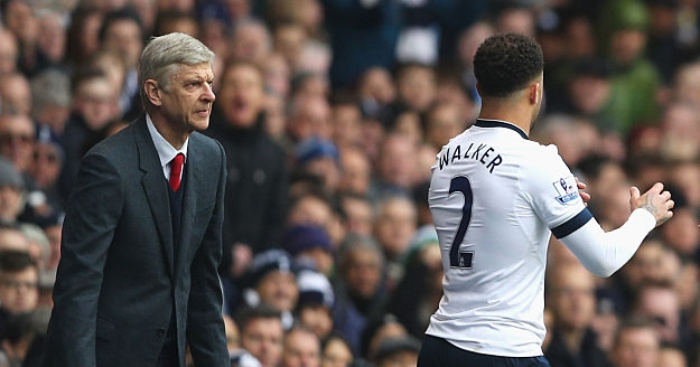 Arsene Wenger has identified Kyle Walker as the weak point in England’s World Cup side.

They failed to keep a clean sheet in either game however, and conceded plenty of chances to both sides.

Wenger believes that Walker, a right-back playing as a right-sided centre-half in a back three, could be the problem. Who knew?

“He’s not a real defender, and especially not a central defender,” he told beIN SPORT. “He can be subject to defensive mistakes, which he would not pay for when he plays as a right-back.”

Wenger then wondered why Walker’s former Tottenham teammate Eric Dier was not being used.

“He can play in the middle of the defence and as a midfielder,” he said.

“I don’t know why he has not been used at all.”