Home All The News Wenger on replacement: ‘I have a high opinion of Enrique’ 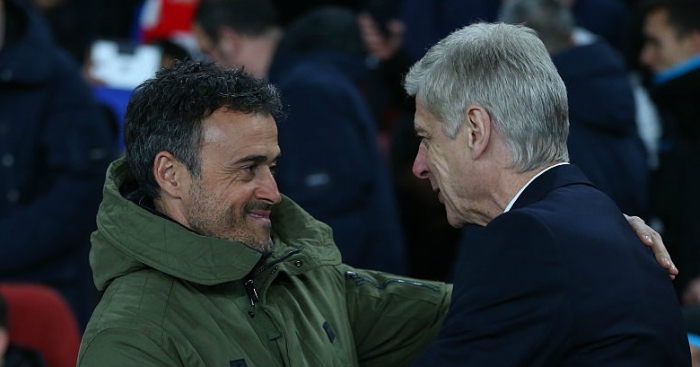 Arsene Wenger has “a high opinion of Luis Enrique” – one of the candidates to replace him as Arsenal manager.

Wenger is stepping down at Arsenal after 22 years in charge at the end of the current season.

A number of managers have been linked with replacing him, ranging from Carlo Ancelotti to Patrick Vieira.

Enrique is also on the shortlist, with the one-time Treble winner out of work since leaving Barcelona in 2017.

Wenger is tempted by the possibility of a former player taking over at the Emirates, but says 47-year-old Enrique would be a fine choice too.

“They need to make the right decision, even if you have to be bold,” he said.

“Is it former people who worked here? That is even better. But there are many players who had qualities. I don’t influence that choice, but I will stand behind the decision. Of course I have a high opinion of Luis Enrique.”