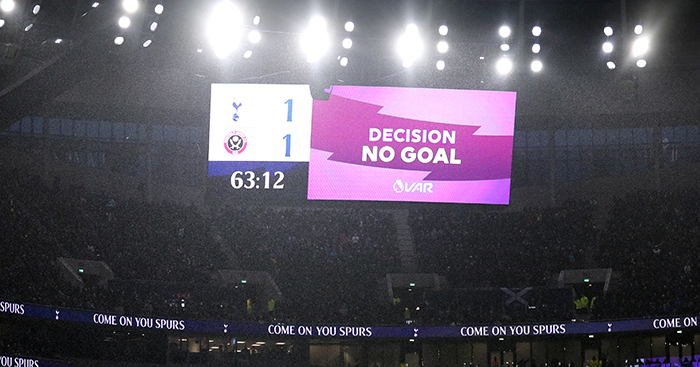 Former Arsenal boss Arsene Wenger has highlighted what he feels is the Premier League’s “most important worry”, when it comes to VAR.

The 70-year-old has recently taken up a role with FIFA as chief of global football development, and gave his thoughts on the video technology being used to help match officials.

“The referee needs a monitor to check if he was right or wrong,” Wenger said. “For me, that is the most important worry.”

Premier League officials do not currently have access to the pitchside monitors, with referees’ chief Mike Riley warning against them due to fears of further time delays, though this move goes against UEFA guidance.

Wenger added: “The referees on the field are there because they have the experience and they are confident.”

VAR has been at the centre of a number of flash points in the Premier League this season, causing widespread criticism, but Wenger was supportive of the system, and feels it can only improve.

“I honestly believe it is working much better than people think because I have witnessed many bad decisions before,” he added.

“Let’s not forget it is in its first year, so of course everything is not perfect. The adjustments will come. You have to educate people in the VAR to get them to intervene at the right moment.

IFAB are set to discuss new proposals for ways in which communication with fans can be improved ahead of their next meeting on February 29.