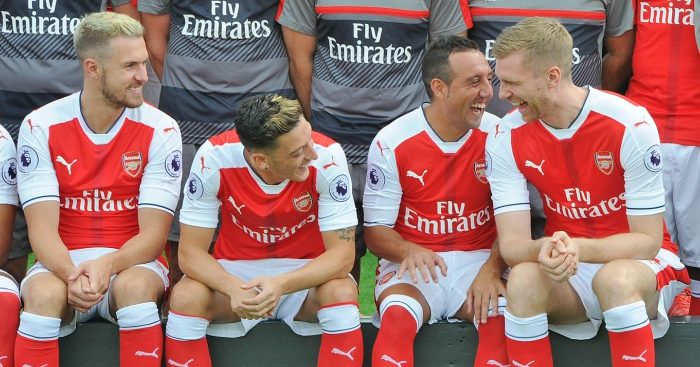 Arsene Wenger has provided an injury update on three Arsenal players ahead of the Carabao Cup final.

Arsenal face Manchester City at Wembley on Sunday for the first piece of silverware this season.

It is our game to watch this weekend, and Arsenal prepared in the best way possible: by losing 2-1 at home to Ostersunds on Thursday.

Mesut Ozil missed the game through illness after scoring in the first leg, and should feature against City.

“He had a good session yesterday which he absorbed well. I think he will be alright,” Wenger said.

The Frenchman should also be able to call upon Aaron Ramsey, who has not featured since scoring a hat-trick against Everton at the start of the month.

“I’ll make a decision on Ramsey on Saturday,” said the manager. “He looks to be available but he’ll have another test today.”

Wenger added that there were no injury concerns following the Ostersunds defeat.

“From last night I don’t know what kind of state Iwobi is in, but overall we have no injuries,” he said.

“A few players were rested, they’re all right.”