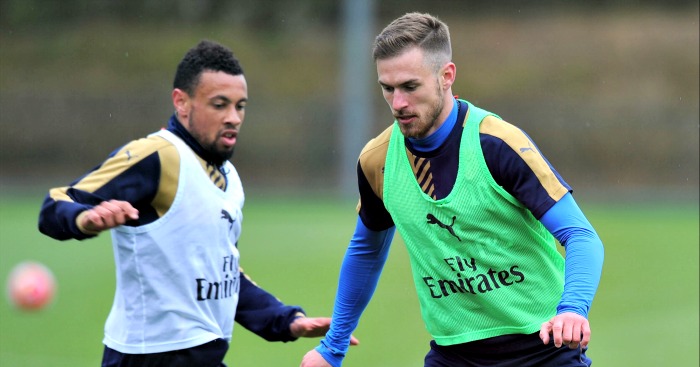 The Gunners face Burnley on Sunday hoping to continue their impressive start to the season.

Wenger’s side currently sit third in the Premier League table after four wins from their opening six fixtures, while they have opened their Champions League campaign in impressive fashion.

They will face 13th-placed Burnley on Sunday, with Wenger celebrating 20 years in charge of the club, as they look to extend their unbeaten run to nine games.

But they must do so without the injured trio of Ramsey, Giroud and Coquelin.

“Aaron Ramsey should be available after the international break,” said the manager, with the Welshman carrying a hamstring injury.

“Giroud will be out,” Wenger added, with the striker, who has not yet started a league game this season, sidelined with a toe injury. “He will not come back.

On midfielder Coquelin, who has a knee injury, Wenger said: “He is looking much better but he will still not be ready.

“The ligament is not as damaged as we thought but we have to be careful.”