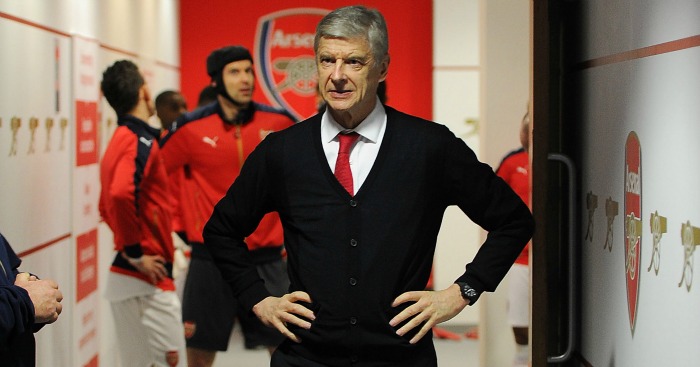 Arsenal boss Arsene Wenger opted not to brand Chelsea “specialists in failure” despite their struggling season.

After winning the Premier League title last campaign, Chelsea have endured the most difficult of title defences, with Jose Mourinho sacked in December, and the Blues 14th in the table after 22 games.

When asked whether Chelsea could be described as “specialists in failure” if they remained in a relegation battle, Wenger opted to sidestep the question.

“I see where you want to take me but honestly I’m not ready to travel,” he said.

Arsenal face the Blues on Sunday at Emirates Stadium, but Wenger will face a different opponent to the one he battled in that 2-0 defeat in September. Guus Hiddink replaced Mourinho as interim manager earlier in the season, and the Frenchman was full of praise for his managerial counterpart.

“I rate him [Hiddink] highly, he’s had an exceptional career,” Wenger said. “He is one of the leading managers who represented the Dutch philosophy and exported it across Europe.

“Because of the quality of the players on the pitch it will be a very intense battle no matter the manager on the bench.”

Wenger added: “I’m not in the best position to analyse what happens to them.

“It’s a big game. We know how important it will be to win these games.

“They are not in this title race but they are direct rivals because of the quality of their team. Nobody could predict [their season].

“They will be back.”