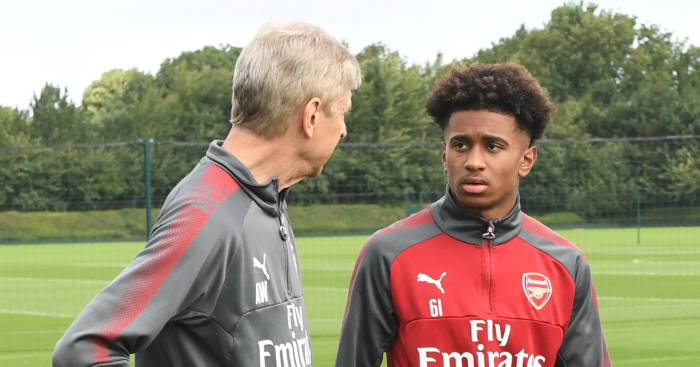 Arsene Wenger singled out two Arsenal players for praise after the pre-season victory over Benfica.

The Gunners continued their impressive summer form with a 5-2 win over the Portuguese side in the Emirates Cup on Saturday.

It marked the first Emirates Stadium appearance for summer signing Sead Kolasinac, who joined on a free transfer from Schalke.

Wenger was impressed with the left-back, but also with youngster Reiss Nelson, who has featured heavily this summer.

“I think he has gone in pre-season from strength to strength,” Wenger said of Kolasinac. “He started a bit nervous but every single week he has improved.

The first two goals came from him. He’s powerful and his ability going forward is very good.”

On 17-year-old Nelson, the manager added: “He’s a player from our academy.

“He’s had an encouraging pre-season. He’s shown you can go past people. He’s not fazed. It’s good for his confidence levels.”