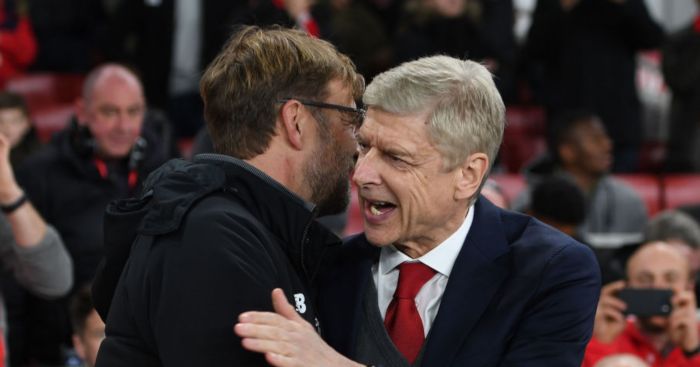 The Reds claimed their sixth European Cup with a 2-0 victory over Tottenham in Madrid on Saturday.

Jose Mourinho has already tipped Liverpool to reach a third consecutive Champions League final next season, but Wenger has warned that “improving” the team is difficult “without destroying your strong point”.

“Liverpool is the city of music, of the working class and of football,” Wenger told beIN SPORTS.

“As we have seen as an example tonight, it goes all well together.

“Anyone who has managed in England knows it is a special place for football. That’s why they can always make miracles.

“They are in a position now where they want to improve the team but without destroying your strong point.

“They need maybe, to dominate European football, to improve the technical level.

“But they might lose what is their strength at the moment, that solidarity and fighting strength.

“We are always between that in our jobs. We know we need to improve the team. But by improving one aspect you destroy what makes you win.”