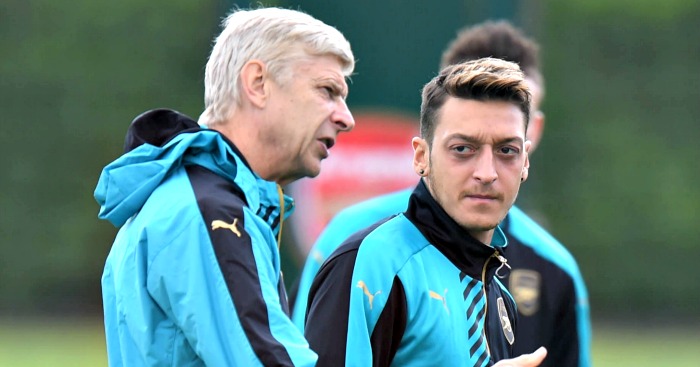 Arsene Wenger has dubbed Mesut Ozil the “musician” of Arsenal, adding that it is “a pleasure” to watch the German in action.

No player has featured in more minutes for Arsenal across those two competitions, with some fans hoping that he is finally handed a much-needed rest against Aston Villa on Sunday in order to reduce the risk of injury.

Wenger is under no illusions as to Ozil’s importance, telling Arsenal’s official website: “Mesut is like a musician who always plays the right note, and at the right moment.

“His timing is perfect – when he has to give the ball, he gives the ball.

“It’s just a pleasure to see. It struck me (on first seeing him) that he was at such a young age, but the boy could time his passing always right. He got out of impossible situations.

“Also what struck me was that it was not forced on an individual basis – the team play was in front of his ego.

“That strikes you because normally when players are that talented, that’s not the first quality you see.”