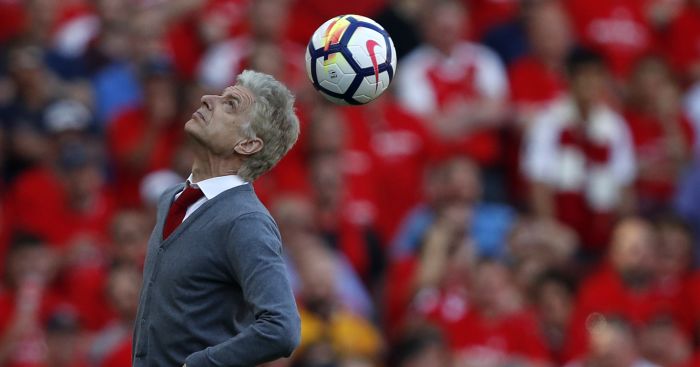 Arsene Wenger has confirmed that he “tried” to sign Jadon Sancho, “one of the best players of his generation”, at Arsenal.

Sancho has emerged as one of England’s most exciting players after leaving the country to join Borussia Dortmund in 2017.

After not being given a first-team chance at Manchester City, the winger sought solace in Germany and soon proved his worth.

Some promising displays in his first season in 2017/18 were followed by a breakthrough campaign in 2018/19, interet from afar and England recognition.

But even before he established himself at Dortmund, Sancho was “wanted” at Arsenal, as confirmed by Wenger.

“I wanted to take him from Man City when he didn’t get the games,” he told beIN SPORTS.

“I tried to lure him because he’s from London. I tried to get him to Arsenal.

“He’s one of the best players of his generation. He can dribble, he has the arrogance.

“There’s something in there that is part of the big players.

“You can call it arrogance, confidence, belief; but it has to be there.”