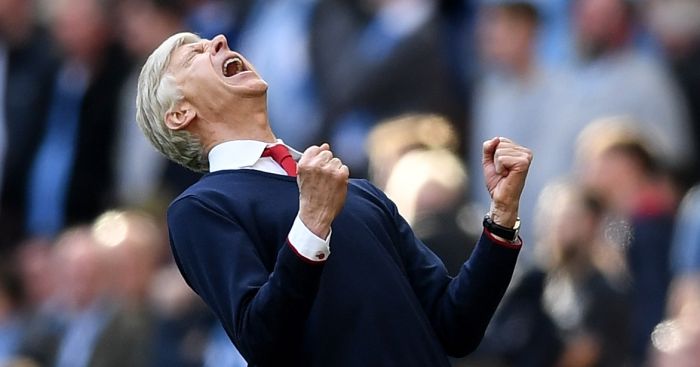 Arsene Wenger believes football might have to “rethink the whole process” if clubs who do not dominate possession continue to succeed.

Both sides have adopted a counter-attacking style, with more possession-oriented sides such as Arsenal and Manchester City struggling in the meantime.

Wenger fears that this change in approach must be addressed as teams should be “encouraged” to play more.

“Over the last two seasons, teams who have not big possession have won the league,” Wenger said. “And, as well, teams who were not involved in Europe, at all, won the league. Because the league is so physically difficult, maybe it is very difficult to cope with both. We will see how Chelsea respond next season.

“I still think sport has to encourage initiative and, if it rewards too much teams who don’t take initiative, then we have to rethink the whole process because people will not, forever, come to watch teams who do not want to take the initiative. The responsibility of people who make the rules is always to encourage teams who want to play, because that is what you want to see.