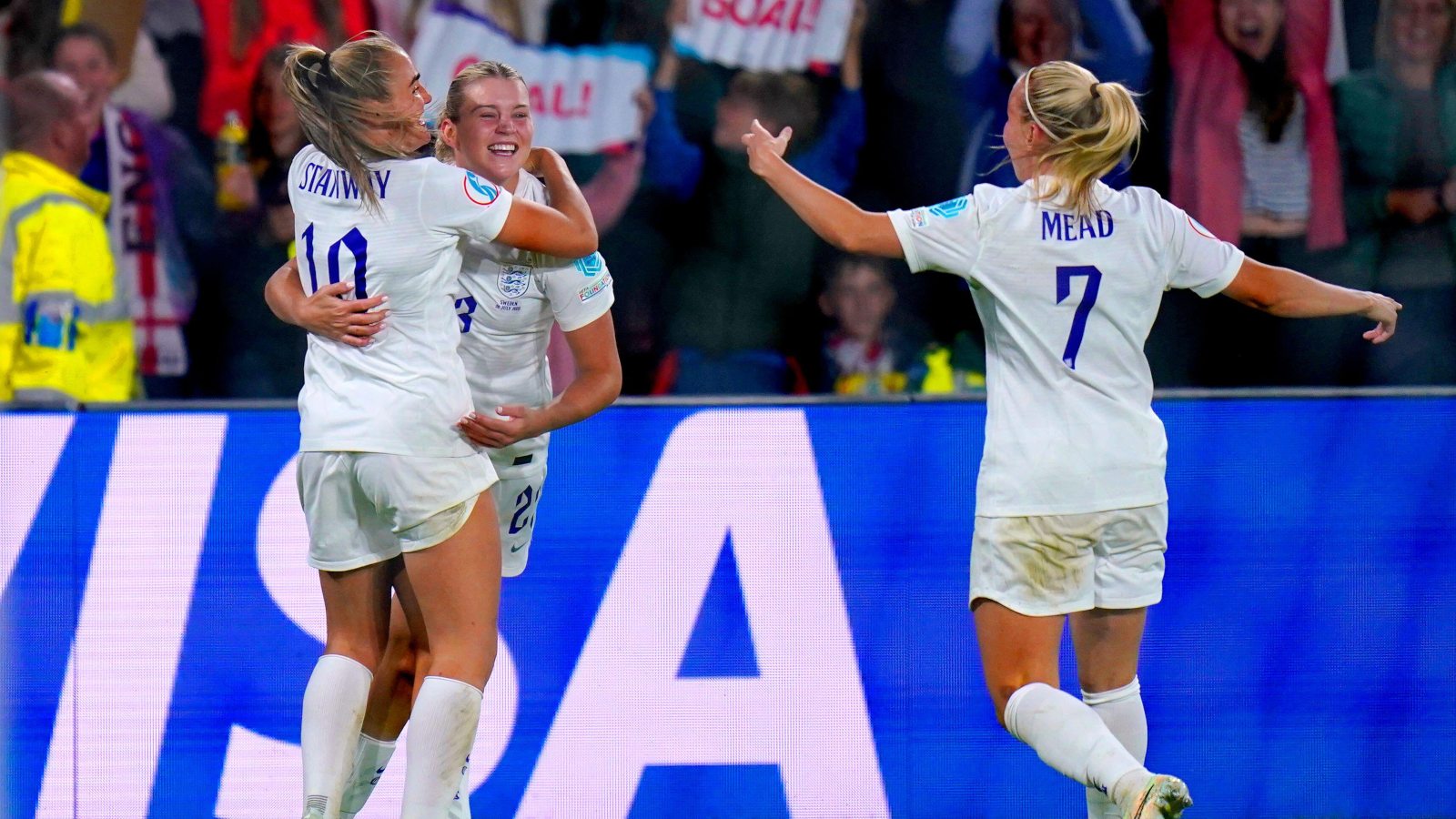 Just when you think you’ve seen it all, football rears up onto its hind legs and says “Seen it all, eh? How about this then?”

Alessia Russo’s back heel through the goalkeeper’s legs was that moment.

I wept. This is what bloody football does to you. A moment of such exquisite skill, here the sporting ballet that is football delivered something so truly shocking that for a moment it didn’t even seem possible.

Surely this was a magic trick, an illusion involving smoke and mirrors.

Along with about 14 million others watching on TV and 30,000 in Bramall Lane, a place used to seeing outrageous skill down the years from the likes of Tony Currie, we all reacted the same way: a moment of unity in a fractured land.

I shot up to my feet, arms in the air. I think I said ‘f*cking hell, it’s in”. The frost of disbelief immediately thawed into hot tears of joy as the players wheeled away in celebration. The happiness on their faces just made the tears fall even more wet and heavy.

I just couldn’t believe it. How had it happened? The replay showed us the truth. It wasn’t just the footwork to get so much power on the backheel, it was having the vision and courage to even try it. To put it through the goalkeeper’s legs was all part of this magical poetry.

There was no coming back from this for Sweden. This time, despite being one of the world’s best teams, they were on the wrong side of history.

Moments earlier they might have made it 2-1, now the game was beyond them and that fact put even more charge into the electricity in the stadium and at home. We celebrated Russo’s goal and the win, even before Fran Kirby’s exquisite chip to make it four.

And so to the final. How lucky are England fans? Two finals in a year. Amazing. This is England now. That too was in the tears that fell as Russo’s backheel hit the back of the net. England being bloody good feels transgressive, it feels hard to believe.

This doesn’t happen to England…but now it does.

Another look at that Alessia Russo goal? Oh, go on then. 😍