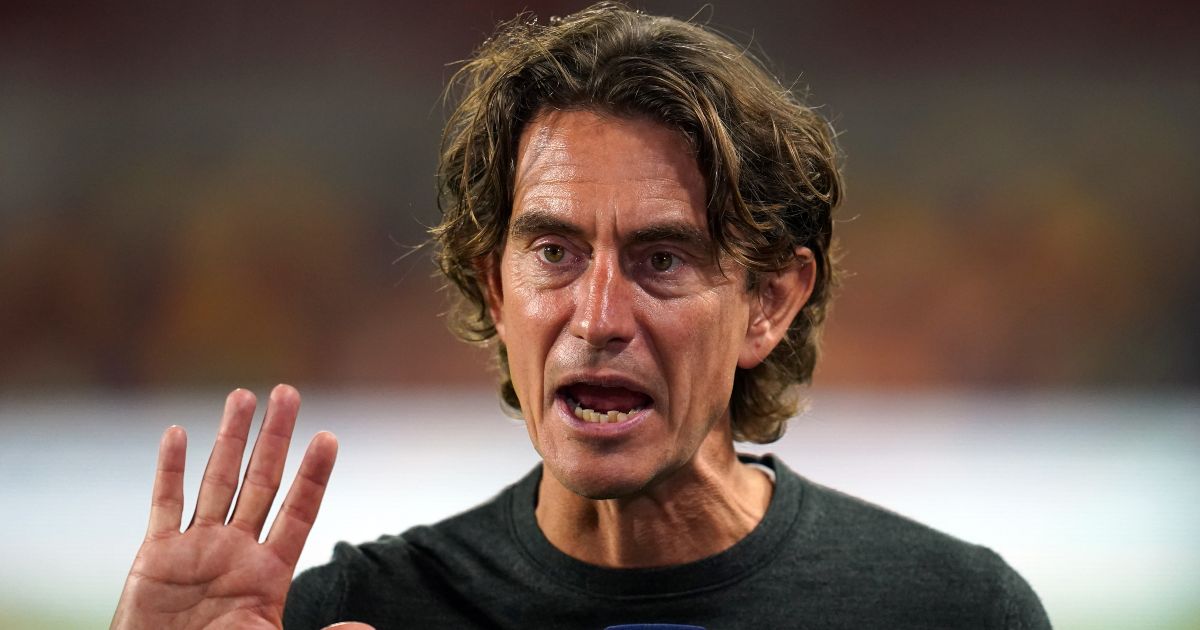 Brentford boss Thomas Frank says he is not worried by his side’s lack of goals and insisted “we’re not Manchester City or Chelsea”.

The newly-promoted Bees have made a solid start to life in the Premier League with five points from their opening four matches.

However, they have scored only one goal in their last three games and managed just nine shots on target so far, pushing strike duo Ivan Toney and Bryan Mbeumo into the spotlight.

Toney hit 33 goals in the Championship last season but has found the net only once this term, while Mbeumo has yet to score in the Premier League.

But Frank said: “I think it’s natural, when you get a promoted team going into the Premier League, and you are going in with the lowest budget, a bit under 19th, then the most difficult thing to add to your team is the offensive quality.

“I think we have the offensive quality. I have a massive belief in Bryan Mbeumo and Ivan Toney, our two strikers. They look brilliant together and I believe there is much more to come from them.

“They are still learning, every single day. In Yoane Wissa we also have a very good player who will grow into it, and I believe we have other players in the team who can add that offensive bit as well.

“But I’m pretty sure we are never going to have 23 shots on target on average like City and Chelsea and these clubs.”

The Bees were stung by a late Brighton winner last weekend and will look to bounce back with a first away win of the season at Wolves on Saturday lunchtime.

“I believe we have a chance. I think we are going to a very good side and a well-established team in the Premier League,” added Frank.

“I know they only have one win from four but for me they were closer to winning two or three than losing them.

“It’s going to be a massive task. They are favourites but we believe in ourselves, and I believe we can go and get something with a high performance level.

“We have been very consistent in our performances so far and that’s made me happy, of course, but also makes me believe we can continue doing some great stuff.”