Home F365 Says Were we all getting carried away with ‘the new Man United’? 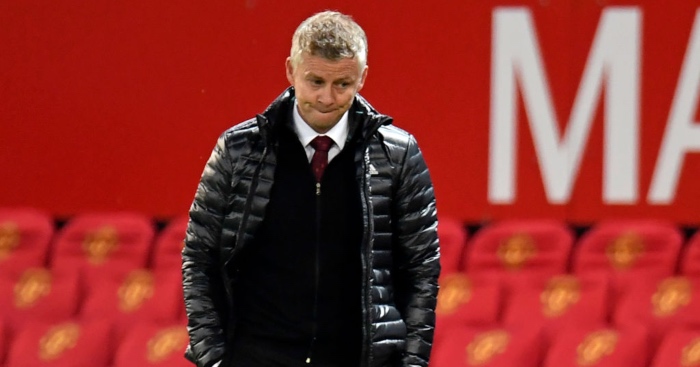 Let’s face it, United hadn’t really been tested since the restart. A draw at Spurs was followed by victories over a very out-of-form Sheffield United side and four of the bottom six. They did most of that brilliantly, sure, but did we get a little carried away?

Has it been a bit too easy? For Paul Pogba and Bruno Fernandes to form their midfield axis; for Anthony Martial to find his scoring touch; for Mason Greenwood to prove he’s the “most natural finisher” at the club. Maybe.

Southampton didn’t burst the bulbous United bubble, but they certainly took some air out.

The Saints took a deserved lead, they caught United cold. The high pressing, despite being the hallmark of their football – particularly early on in games – looked as though it was a surprise to the home side.

Paul Pogba dallied on the edge of his own box, Danny Ings nicked it, Nathan Redmond surged forwards and clipped a delightful cross into Stuart Armstrong, who controlled and fired expertly past David de Gea.

United looked slightly rattled, Aaron Wan-Bissaka had miscontrolled the ball a couple of times, there were one or two errant passes, and Pogba was again caught in possession but got lucky as Southampton failed to take advantage a second time.

Ole Gunnar Solskjaer said before the game that he was confident his players had had enough time to recuperate  – this was the fifth time he had named an unchanged starting XI – but they looked a little leggy. Defensively at least.

United have been the most watchable Premier League team since the restart. The attacking fluency on Monday was on show more in fits and starts – unsurprising against a Southampton team so quick to close spaces – but it was at its very best in three first-half minutes as Solskjaer’s side turned the game on its head.

They made it look easy, as they have done for the last few weeks. But it wasn’t. Every part of their first goal required the highest level of skill: Pogba’s whipped cross into Martial’s feet; the No.9’s control, use of body and lay off; Rashford’s pinpoint shot into the far corner.

And they were ahead soon after, Pogba splitting the midfield to find Fernandes in behind them who fed the ball out to Martial. The Frenchman then drove at Kyle Walker-Peters, who could – or at least did – nothing to prevent Martial cutting inside and smashing the ball into the top corner. It was a devastating finish from a man at the very top of his game.

They could have added more in the second half, Greenwood had a quiet game, but Rashford and Martial – particularly on the break – were a continuous threat. Their confidence to run with the ball, to beat players, is so impressive. They’re both much improved under Solskjaer, who deserves huge credit for the dramatic change in their mentality as much as anything.

But Southampton got what they deserved – they are a very good side. Saying a team works extraordinarily hard and has great energy is often seen as a backhanded compliment for a team lacking talent. But actually, when a good player turns into a great one, it’s often due to an increase in desire or fitness rather than any particular improvement in their skill level. Look at Jordan Henderson at Liverpool; James Ward-Prowse at Southampton. They were already very talented footballers, they just needed a manager to show them where and when to play. If Ralph Hasenhuttl and Jurgen Klopp switched jobs, would we even notice?

Saints were knocking before Michael Obafemi’s late equaliser. Redmond forced a good save from De Gea after cutting in from the left, and there was a general sense of increasing pressure on United’s goal with every substitution Solskjaer made. He may now be wondering whether he’s better off with the tired legs of Pogba and Fernandes than the freshness of Fred and Scott McTominay.

Yes, United were a man down as Brandon Williams was forced off injured. But they should have won the first header in the box and dealt better with Obafemi, who reacted quicker than Victor Lindelof to score Southampton’s 96th-minute equaliser.

The new United didn’t fail, but they didn’t pass the test either. Solskjaer urged his players before the game to “keep their feet on the ground, keep working, don’t believe in all the hype and praise”. Maybe we should do the same.