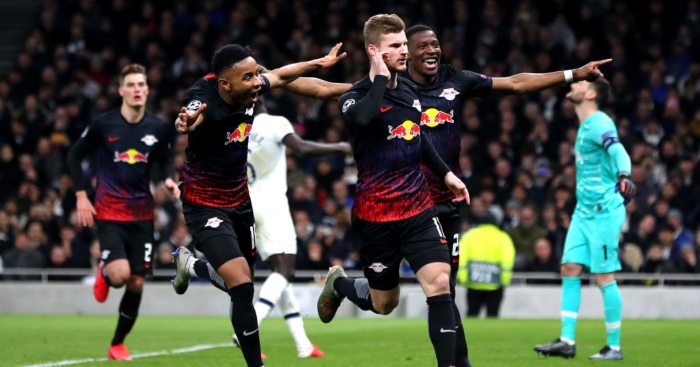 Timo Werner has added more fuel to rumours that he could swap RB Leipzig for Liverpool in the summer transfer window.

The Reds have been strongly linked with a move for the Germany international, who is being viewed as a back-up option to their attacking trio of Roberto Firmino, Sadio Mane and Mo Salah.

Liverpool are reportedly prepared to meet Werner’s release clause of €58million (£50m) in the summer and Werner continues to flirt with the idea.

“Jurgen Klopp is the best coach in the world,” Werner told Sky Germany.

“There is a lot to suggest that my style of play would suit there (Liverpool).”

Those comments come only days after he told reporters that Liverpool were the “best team” in the world following his goal in Leipzig’s 1-0 victory over Tottenham on Wednesday night.

“It’s a pleasure but I know that Liverpool play a lot of good players and I have to improve myself and I need to learn many more things to get to that level and to play there.”