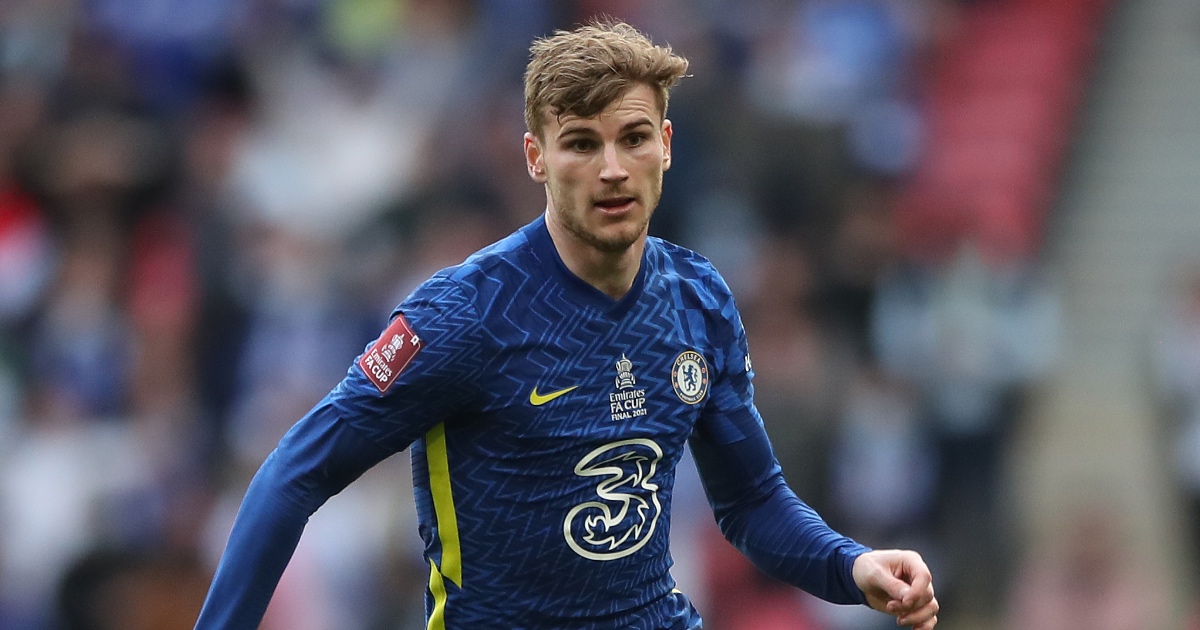 Timo Werner was told to “get out of the club” by a Chelsea fan on the PA system at Stamford Bridge in an open training session on Wednesday.

A small number of fans were in attendance at training ahead of their trip to play Arsenal in the Premier League on Sunday.

£98million Romelu Lukaku was present as the players paraded the Champions League and Super Cup trophies before Thomas Tuchel put them through their paces.

But things took a turn as fans were given the chance on the microphone to make a score prediction ahead of the match at the Emirates.

In a video posted on Twitter, the host of the event can be heard asking one fan, who replied: “Let’s have it right…. get Werner out of the club.”

The statement caused uproar among the other Blues fans and one can be heard shouting in response: “No, you get out. Who are you? Who do you think you are?”

No way a Chelsea fan said ‘get Werner out the club’ on the microphone at today’s open training session 😭😭 pic.twitter.com/u1couAYCT5

The Daily Mail claims ‘the criticism continued towards the fan before he was chased out of Stamford Bridge by the irate supporter’.

Chelsea signed Werner from RB Leipzig for £53million last summer, but he struggled in his first season in English football, scoring just 12 goals in 52 appearances.

That return persuaded the Blues to sign Lukaku, who spoke to the media on Wednesday about re-joining the club.

Lukaku said: “Yeah I have the number nine shirt, I’m very happy and very fortunate to be in the situation.

“Cesar Azpilicueta’s the captain, he’s been here for many years, he’s a great captain. When I was in quarantine he was already messaging me, to help about houses and things like that.