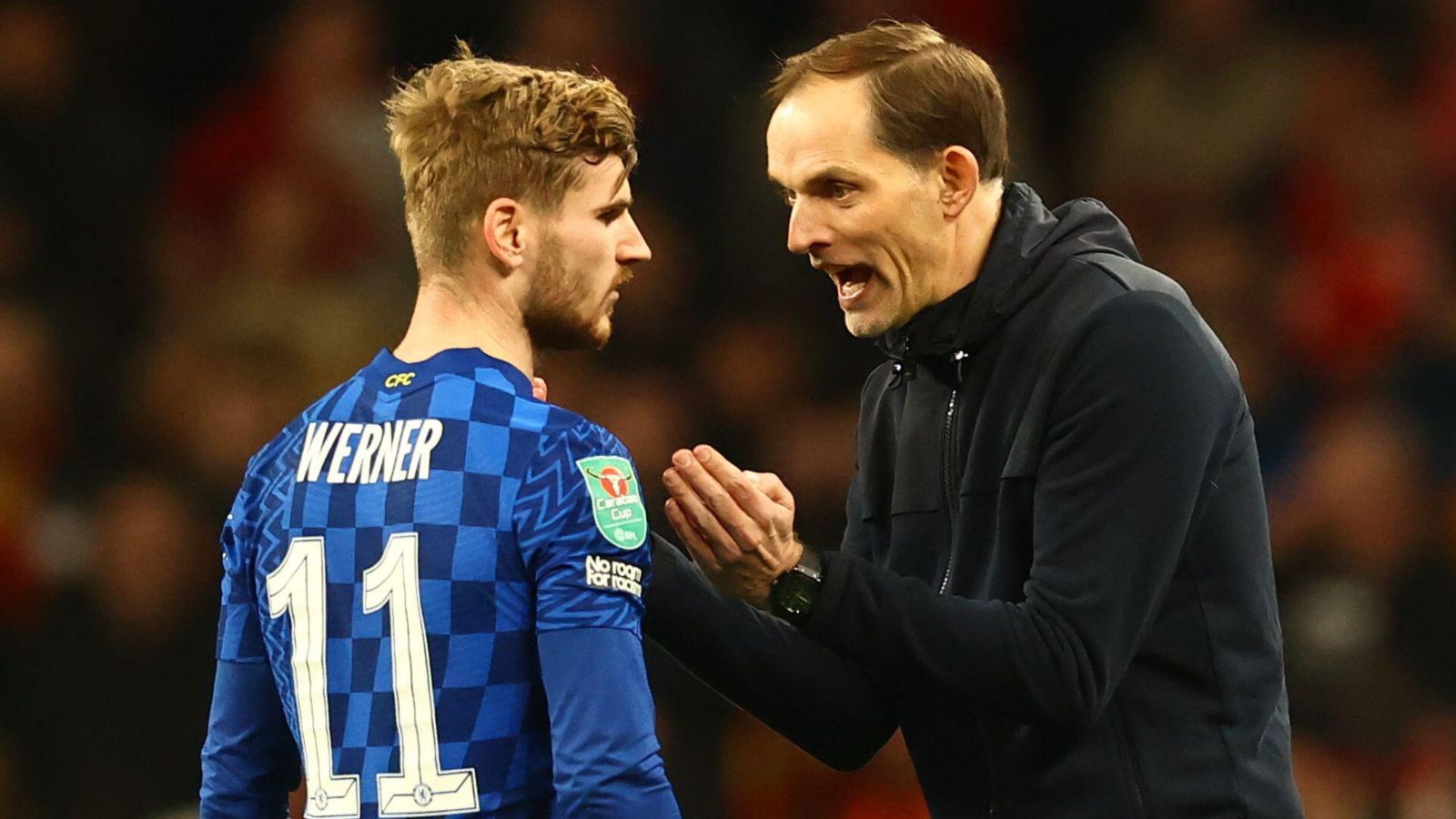 Timo Werner is likely to rejoin RB Leipzig this summer with the Chelsea forward prepared to take a big pay cut, according to reports.

The Germany international has had a difficult time at Stamford Bridge since signing for the Blues from Leipzig in 2020 in a deal worth around £47.5m.

Although he has had spells of playing quite well, Werner has failed to bring the goals with him that his record of 95 goals in 159 games at Leipzig had promised.

It has been frustrating for Chelsea fans to see him so prolific in previous spells elsewhere, and for the national team, but only score ten goals in two Premier League campaigns.

And now it looks like he will definitely be leaving this summer with reported interest coming from Leipzig, Juventus and Newcastle United.

Sky Sport Germany journalist Florian Plettenberg insists that a ‘return to Leipzig is more and more likely’ for Werner with talks currently ‘running at full speed’.

However, there is no guarantee it will be a permanent deal with Chelsea boss Thomas Tuchel still deciding whether he wants Werner to leave on loan or for good.

Werner is ‘ready for a drastic salary cut due to his great connection’ with Leipzig with the Bundesliga side ‘checking’ figures on both temporary and permanent deals.

Tuchel has had to deal with the losses of Antonio Rudiger and Andreas Christensen this summer, who went to Real Madrid and Barcelona respectively.

Chelsea have brought in Kalidou Koulibaly to eleviate some of the pain of those exits but the club want at least another centre-back signing this summer.

And Plettenberg claims that Leipzig’s Josko Gvardiol is his ‘dream target’ in that position but ‘that a swap deal with Werner is not hot at this stage’.

He continues by saying that Leipzig ‘wants to keep Gvardiol and get Werner’ this summer as they look to close the gap to Bayern Munich and Borussia Dortmund this season.

Not everyone has lost faith in Werner’s abilities with former Premier League striker Kevin Campbell insisting that he will reignite his career once he makes a move away from Chelsea.

Campbell told Football Insider: “Werner is a very good player. The problem is, I think he needs a change. He needs to get out of that spotlight. He needs to go somewhere else.

“It may all turnaround and click for him once he does that. The spotlight at Chelsea might be too much for him.

“He gets into unbelievable positions. His movement and speed are a constant threat. The thing is, he just hasn’t been scoring the goals. His finishing has not taken off at Chelsea.”