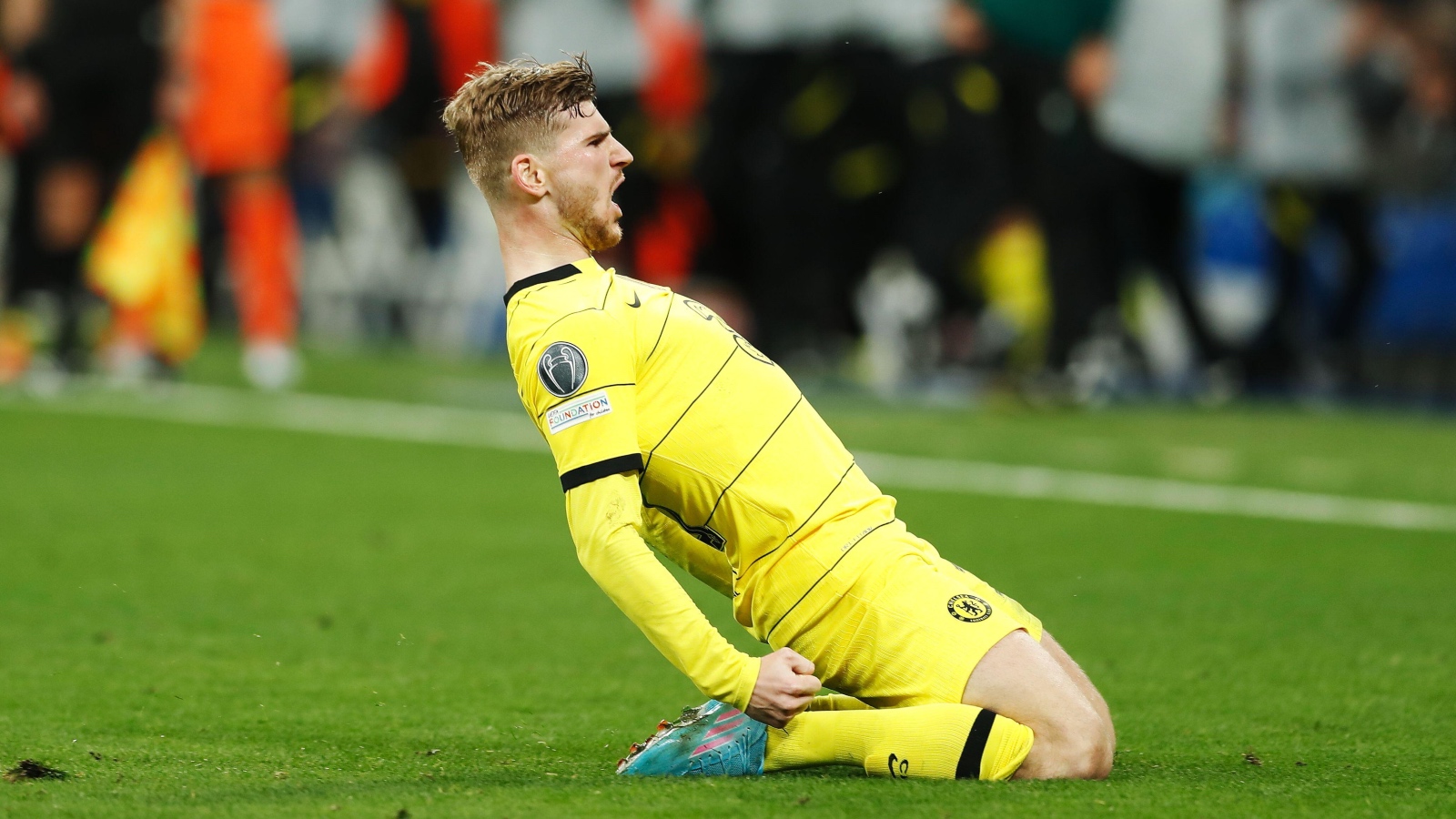 Chelsea prevailed 3-2 in Madrid but exited the competition 5-4 on aggregate after extra-time.

Werner struck midway through the second half to put Chelsea into a 3-0 lead, with the Blues shaking off Marcos Alonso’s disallowed goal in style.

Germany forward Werner’s strike put Chelsea 4-3 ahead on aggregate, after Madrid had claimed a dominant 3-1 win at Stamford Bridge in the first leg.

Just when the Blues looked to close out a remarkable comeback victory however, Luka Modric conjured a majestic pass for Rodrygo’s volley.

Karim Benzema thumped in a header in extra-time and Chelsea’s quest for a miracle in Madrid proved in vain, leaving the Blues to relinquish their Champions League title.

“When I celebrated I thought ‘this is it’,” Werner told Chelsea’s official club website.

“We could have scored before that to make it 3-0 but the officials didn’t give it to us. It is a point you can talk about but when I scored I thought ‘we are through with this’.

“We nearly gave no chances to Madrid but in the end we have to say the goals they scored were very good.

“To come back after a 3-1 defeat in the home game was very good for us, we had everything that we needed at 3-0 up, we had the chance to go through.

“There was one moment in regular time when we were not like we were the whole game and Madrid have the quality to score against you and they showed it for the 3-1.

Mason Mount and Toni Rudiger both netted before Alonso saw a fine drive chalked off for handball after a VAR check.

Ruben Loftus-Cheek excelled in a hybrid role of wing-back and midfield, with Reece James equally impressive at right centre-back.

Blues boss Thomas Tuchel was left to pay tribute to his players for pushing their bid for an unlikely comeback to the absolute limit.

“Madrid didn’t create a lot at Stamford Bridge but they took every half-chance and converted it,” said Tuchel.

“You have to reduce your amount of mistakes and we couldn’t do it over two legs.

“But across both legs, and for sure in Madrid, we deserved to go through.

“No regrets though: these are the kinds of defeats you can take with pride.

“The players lived up to a plan. We were never shy of making the point that this is the most important, how we live up to a tactic and how lively we play in a structure.

“This is where the credit goes to the players, they were very disciplined on the ball and very active.

“I’m very happy, this is the way to go forward.

“If we have this kind of effort we are a special team, and if not we can lose against anybody.”