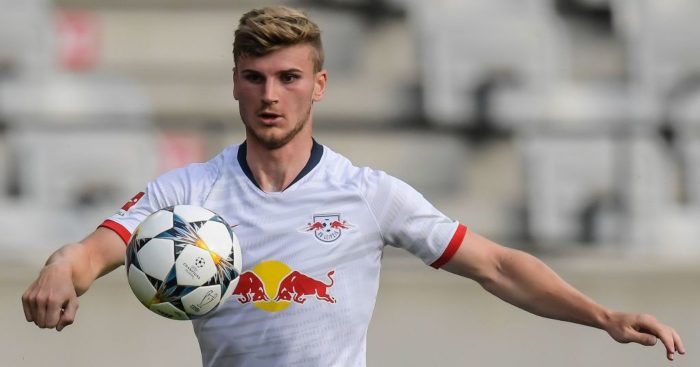 Timo Werner has been warned against joining Liverpool this summer by ESPN pundit and former goalkeeper Shaka Hislop.

Werner has bagged 50 goals in 93 Bundesliga appearances since joining Leipzig from Stuttgart in 2016 and has been frequently linked with a move to Liverpool.

The 23-year-old already has 25 caps for Germany with ten goals to establish himself as an important member of Die Mannschaft’s squad.

“But if I’m Timo Werner, last year of my contract or not, I think I’m starting somewhere.

“And I don’t see Timo Werner getting into Liverpool’s front three anytime soon.

“Given how sturdy and steady that front three has been, I don’t see him pulling up any trees there.”