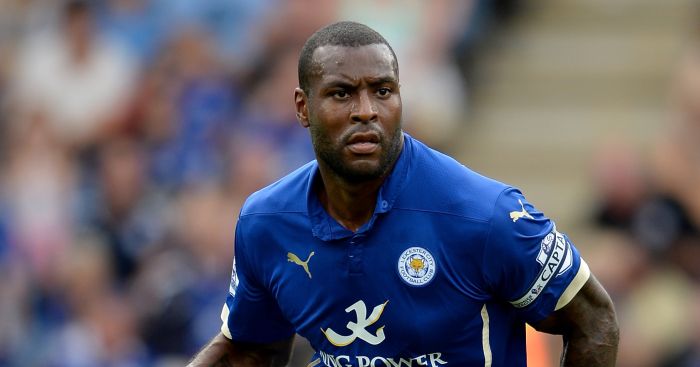 It was about the only thing Wes Morgan hadn’t contributed to Leicester’s cause this season. The captain has not missed a minute of this incredible league campaign, and on Sunday ensured victory against Southampton with a superb first-half header. Leicester had won four of their last five league games by a 1-0 scoreline; make that five from six.

If Leicester’s rise to the top of the table was defined by their exciting, fluid football and the partnership between Jamie Vardy and Riyad Mahrez, their prolonged presence there has been achieved in a very different manner. Against Southampton, as in a host of recent games, Leicester were not at their best. Yet they thwarted their visitors’ second-half response with as close to comfort as is possible when you are treading along the path to greatness. Leicester have a phenomenal knack of making their opponents play worse than their median level.

It is impossible to describe any of Leicester’s heroes this season as ‘unsung’. Their rise from the bottom of the Premier League to the top has understandably gained so much traction around the sporting world that every member of Claudio Ranieri’s squad has been given their own time in the limelight. Yet there can be few more surprising members of a potentially title-winning squad than their captain Morgan. On Sunday he was named as Man of the Match.

I should at least admit a vested interest in Leicester’s skipper, captain of Nottingham Forest before his departure in January 2012 for just £1m. After making over 400 appearances at the City Ground, the assumption was that Morgan was the local lad that would never leave. “You’ll never beat Wes Morgan” would always ring around the stadium. It was an updated version of the chant used about Des Walker in seasons of yore.

Morgan has always been a hard worker, committed entirely to his own development. In an interview with Sky Sports, he recalled having to lose two-and-a-half stone to be given a chance in Forest’s first team after joining from local side Dunkirk in the Midlands Football League. Rather than rely on physicality and presence, Morgan understood that he must add nuance to his game.

“I think it’s taken me quite a few years to learn exactly what I need to do in my position,” Morgan said. “Instead of relying on my physicality as my main tool, I’ve learned how to read the game more and position myself where I need to be”.

When Morgan left the City Ground, there was a suspicion that he had become complacent. His family home in the Meadows was a short walk over Trent Bridge, and the accusation was that the defender was resting on his laurels.

The move to Leicester saw Morgan realise his potential. His performances in his first half-season earned him the captain’s armband and a second consecutive place in the Championship Team of the Season. He added a third the following year.

Yet even those at Leicester must have been shocked by Morgan’s improvement this season, not least his new manager. “I am so surprised with my captain because last season I watched six, seven or eight matches,” said Ranieri in December. “He is strong, he is tall, he is big, he is fast – he is unbelievable. He is a very great central defender. For me he is one of the best centre backs in the Premier League.”

It’s tough to argue with that assessment. In a table taken since the beginning of November, Leicester have conceded 12 goals in 21 matches, the best in the Premier League by a distance of five. When the going was supposed to get tough, Leicester’s defence have got going. The captain has led by example.

Morgan’s own part in that run is even more remarkable when you consider his individual workload. Having played 6,168 league minutes of a possible 6,300 since Leicester’s promotion, Morgan is also a Jamaica international. 2015 may not have been an international tournament year for European representatives, but Jamaica did the work of two nations.

Not only did Morgan play in both the Gold Cup and Copa America, but he started nine matches between June 13 and July 27, not missing a minute. His last game, a 3-1 defeat to Mexico in the Gold Cup final, took place 14 days before the start of the season. Who said summers were for resting?

Ranieri managed Morgan through his inevitable fatigue, giving him extra days off at the start of the season and putting his captain on a lighter training schedule than his teammates. The player himself has no doubts that his decision was the right one, the proof of that pudding in the sweet taste of success.

“It is not easy, especially with the tough hustle and bustle of the Premier League,” Morgan said in September. “But I am getting well looked after so it hasn’t been too bad. It has been a fantastic summer, especially playing against the likes of Lionel Messi and Javier Mascherano. It was a once-in-a-lifetime opportunity for me and I thoroughly enjoyed it.”

Leicester are not yet over the line but, like his teammates, Morgan is showing very few signs of weakness. That old Nottingham Forest chant may have been issued with tongue in cheek, but the new reality is not far from the truth. It really is hard to beat Wes Morgan.