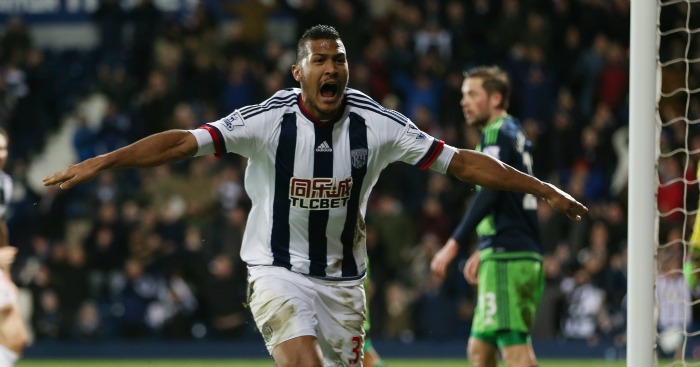 Salomon Rondon rescued a point for West Brom with a stoppage-time equaliser to deny Swansea victory at The Hawthorns.

It looked like Gylfi Sigurdsson’s goal would continue Swansea’s revival under Francesco Guidolin with a third straight win and see the Welsh side go above West Brom in the Barclays Premier League table.

But Lukasz Fabianski, who had been in decent form on the night, was finally beaten in the second minute of time added on when Rondon blasted the ball home from close range after a scramble inside the six-yard box, and it finished 1-1.