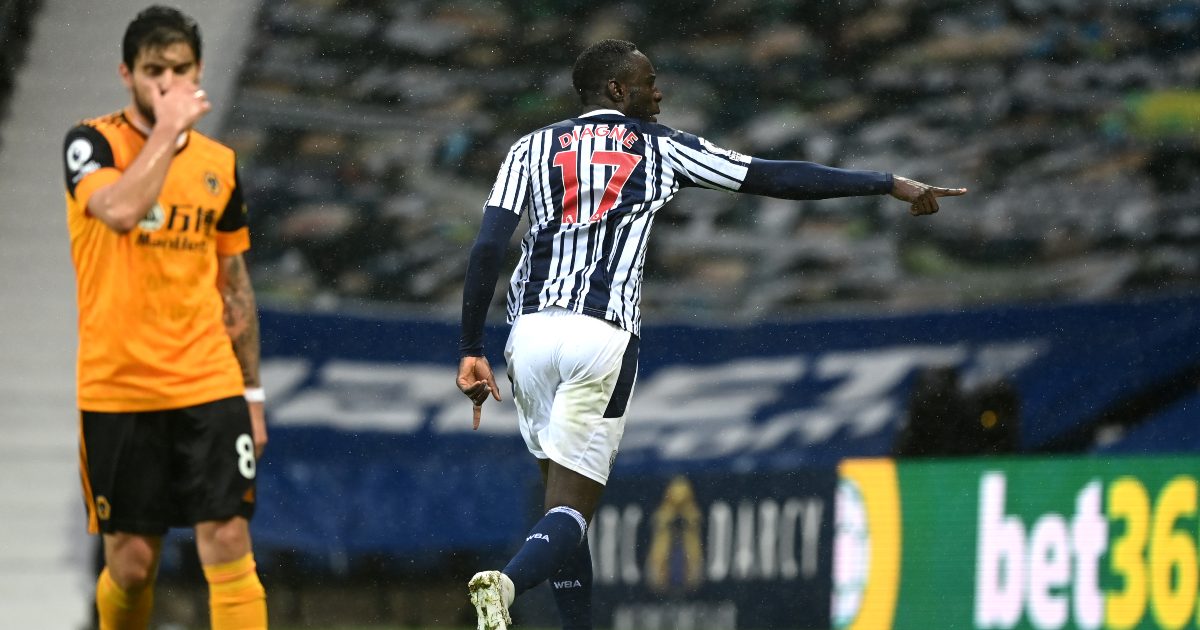 Mbaye Diagne equalised for West Brom against their Black Country rivals Wolves as their survival hopes remain slim at best.

The striker struck in the second half but the Baggies still need a minor miracle to stay in the English top flight.

They remain second bottom and are 10 points from safety with just four games left having fallen behind to Fabio Silva’s first-half fluke. The Baggies could now be relegated before they go to Arsenal next Sunday.

Albion never looked like earning a much-needed win against mid-table Wolves, despite Diagne’s leveller, as the visitors were denied a first win at The Hawthorns for 25 years.

Romain Saiss headed at Sam Johnstone, while Darnell Furlong dragged an effort wide in the only chances of a tepid opening.

Desperately missing an atmosphere, the game struggled to find real rhythm and it was hard to see where aimless Albion would get the win from to maintain their unlikely survival fight.

The hosts rarely looked like they were fighting for their lives, with Wolves on top, and almost fell behind after half an hour.

Under pressure from Silva, Semi Ajayi rashly lost the ball in his own box and Johnstone turned Nelson Semedo’s drive over.

Boss Sam Allardyce had seen enough and replaced Dara O’Shea with Matt Phillips after just 33 minutes in an attempt to give the Baggies desperately-needed impetus.

There was little initial reaction as Wolves continued to dominate possession and, without the ball, Albion’s creator-in-chief Matheus Pereira was nullified.

The home side did at least create one chance of note ahead of the break when Conor Gallagher collected a short corner and his cross was headed down by Diagne before being hastily cleared by Saiss.

Wolves, though, made the hosts pay when they grabbed a lucky opener in first-half stoppage time.

Vitinha’s flick allowed Semedo to advance into the area and he poked the ball towards Silva.

Kyle Bartley reached it before the striker but only succeeded in seeing his clearance cannon off Silva’s standing leg and loop in over Johnstone.

It was a fortuitous goal but one which summed up Albion’s often calamitous defending this season.

Their recovery attempt should have yielded an equaliser early in the second half but Rui Patricio saved from Conor Townsend and then Gallagher, although the midfielder should not have given the goalkeeper a chance.

Johnstone turned Silva’s low effort behind on the hour but, two minutes later, the Baggies conjured an equaliser.

Diagne had been starved of any decent service but Townsend finally delivered the perfect cross for the striker to power in from close range.

Yet, rather than inspiring the Baggies, they lost any momentum and – as torrential rain battered The Hawthorns – Gallagher’s wayward drive with five minutes left was the closest anyone came to a winner.