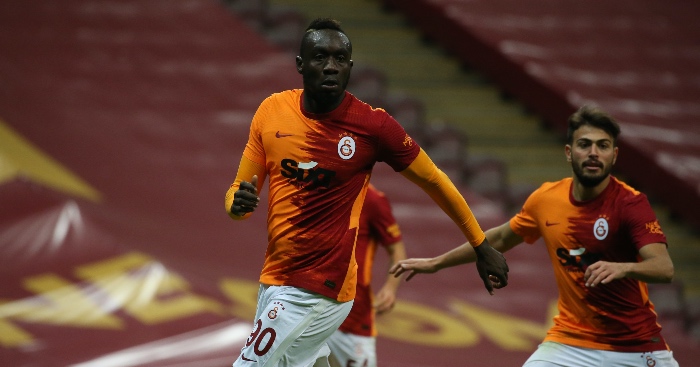 West Brom have agreed a loan deal with Turkish side Galatasaray to sign Mbaye Diagne, according to reports.

Diagne appeared on the Baggies’ radar recently as an option to improve their attacking threat.

Sam Allardyce is currently in the process of improving his team to prepare them for a relegation fight.

F365 Says: Gundogan is the Man City dogsbody driving them to the title

According to Sky Sports, the two clubs have agreed a loan deal for Diagne to join until the end of the season.

If the striker impresses at The Hawthorns, West Brom can use an option to buy him permanently.

The Senegal international is completing a medical today after the club gained permission to fly him to the UK. The transfer is expected to be formally announced in the coming days.

This will be the player’s first taste of life in the Premier League. He’s been on the books of Juventus and Club Brugge in the past, before joining Galatasaray in June of last year.

This season, Diagne has scored 11 goals in 19 appearances in all competitions. His team currently sit third in the Turkish Super Lig, five points behind leaders Besiktas.

Diagne will compete with Callum Robinson and Karlan Grant for a place in Allardyce’s starting eleven. He will provide the Baggies with more firepower going forward.

That’s something they’re desperate for. They failed to score in the recent 5-0 thrashing at the hands of Man City, a performance which demonstrated the need for recruitments.

Allardyce can take some positives from the derby victory over Wolves.

Matheus Pereira scored two penalties as the Baggies managed to hold on for a huge three points away from home.

They are 19th in the Premier League table, seven points from safety. Diagne will miss their match against Fulham on Saturday but could be available for the clash against Sheff Utd on Tuesday.