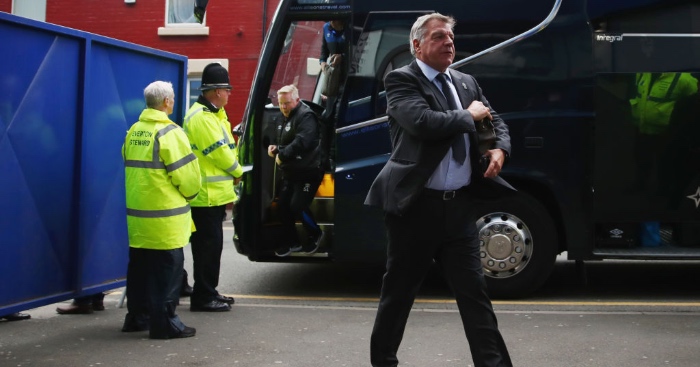 West Brom have officially appointed Sam Allardyce as manager, who comes in to replace the departed Slaven Bilic.

Bilic was sacked earlier today after plenty of speculation about his future at the club.

It came at a surprising time, as the Baggies had only just picked up a hard-earned point against Man City in the Premier League.

With the announcement, West Brom become the latest top flight club to appoint Allardyce in their search for safety.

We think it’s harsh on his predecessor but could prove to be a success for the Englishman.

They sit 19th in the table after 13 matches. They’ve won just once so far this campaign, but have put in some good performances in the first few months.

Many fans appeared to be outraged at Bilic’s departure. The Croatian boss was thought to be doing a good job with his under-funded team.

But they might just have enough quality to stay afloat this season, especially if Allardyce manages to rally the troops.

He’s never been relegated as a manager. He’s also saved the likes of Sunderland and West Ham from relegation to the Championship.

It remains to be seen whether he can do it again. It’s a tough ask, but the Baggies do have some talent in their ranks. Callum Robinson, Grady Diangana and Conor Gallagher are all match-winners if they can find some form.