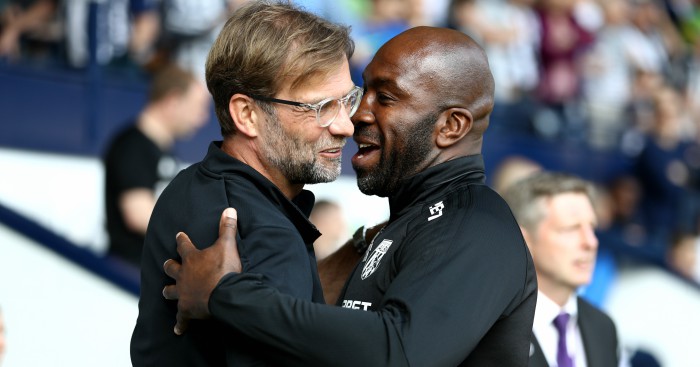 West Brom caretaker manager Darren Moore has refused to second-guess Albion’s fate this weekend with the Baggies on the brink of relegation.

Only victory at Newcastle on Saturday will keep alive their extremely slim hopes of Premier League survival – anything else will see them go down.

Albion are bottom, eight points from safety with three games left, although 17th-placed Swansea have played a match less.

Moore said: “We can’t preempt what happens this week – we’ll focus on a good team performance and the continuation of the results we’ve been getting in the last few weeks.

“We can’t get drawn into ‘what ifs’. We’re going up there for a difficult game and not focusing on other things around us and it would be wrong to preempt. We’re planning to play a very good team on their patch.

“I expect a high-energy game – it’s a wonderful arena to play football in – and there are two teams battling it out to get a result. We have to work extremely hard and show a good appetite to get anything.”

Moore is unbeaten in his three games since replacing Alan Pardew having beaten Manchester United 1-0 at Old Trafford and come back from 2-0 down to claim a point against Liverpool last weekend.

Reds boss Jurgen Klopp said it was a useless point for the Baggies given they are virtually relegated but Moore disagreed and wants Liverpool to win the Champions League, despite Klopp’s dismissive attitude.

He said: “It was far from useless really. I can’t go on about what Jurgen said – he has his views and he’s an excellent man, a passionate man – and all those things I share. His views are for Liverpool and mine are for WBA – I was delighted with a point.

“They are representing England in the Champions League and I want them to get to the final and win it.”

Daniel Sturridge could start after his long-running hamstring problem while Nacer Chadli (hip) is fit.

James Morrison (Achilles) is training but is unlikely to feature.