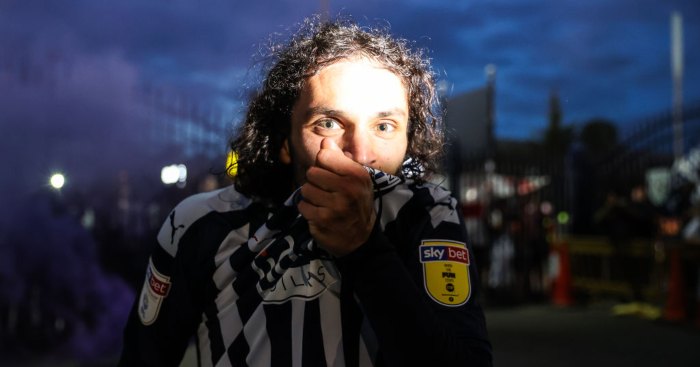 Premier League side West Brom are edging closer to a deal for Benfica’s Filip Krovinovic, according to reports.

The clubs remain in talks about the midfielder‘s return to The Hawthorns with the most likely option a loan with an obligation to buy at the end of the season.

Discussions over the fee are ongoing but no deal has been reached yet, the PA news agency understands.

MAILBOX: Why is Van de Beek joining United instead of waiting at Ajax?

Krovinovic spent last season on loan at the Baggies, helping them return to the Premier League after a two-year absence.

West Brom boss Slaven Bilic has made no secret of his desire to bring the 24-year-old back to the Midlands.

“Krovinovic is a priority, I will do everything for him to stay,” he told Croatian news outlet Index HR earlier in August.

“He has improved a lot, he can play in several positions and whether he is the holder of the game or sitting on the bench he is always smiling.”

Albion have made Matheus Pereira’s loan move from Sporting Lisbon permanent this summer and are reportedly close to signing Wigan defender Cedric Kipre.

Watford skipper Troy Deeney is an option and they are also hunting a new left-back, as Kieran Gibbs will be allowed to leave if a buyer is found.

Albion kick off their Premier League campaign at home to Leicester on September 13.