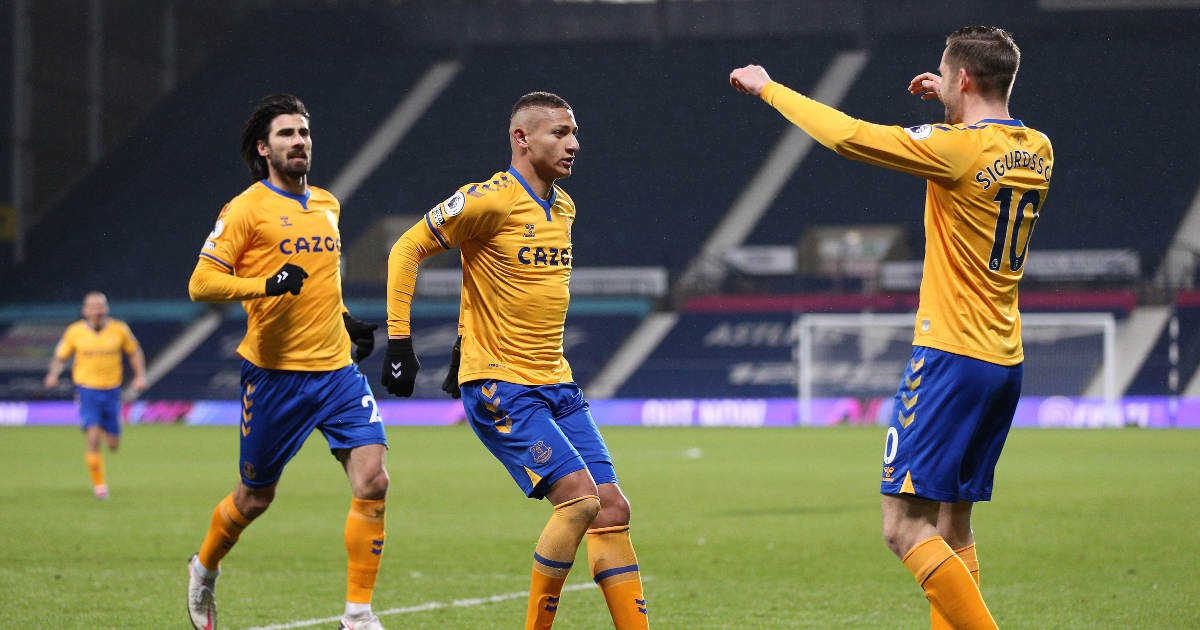 Victory ended the plucky Baggies’ mini-revival to keep them nine points from safety as they slipped further towards the trapdoor.

Everton moved into the Champions League spots, at least until Liverpool and Chelsea faced off later on Thursday night, after Richarlison’s fourth goal in four games.

They rode their luck at times against the energetic hosts, but Carlo Ancelotti’s side secured another win and third successive clean sheet.

Yet, buoyed by a three-game unbeaten run, it was the Baggies who started brightly and Jordan Pickford clawed away Diagne’s hanging header after three minutes.

Purposeful and aggressive, Albion ensured Everton remained on the back foot and Conor Townsend seized on Andre Gomes’ misplaced pass only for Diagne to eventually shoot over.

While the Toffees were sloppy the Baggies forced them into mistakes, but when Pickford collided with Michael Keane they could not take advantage.

After just three wins in their previous 26 games, Allardyce had long admitted the Baggies were in must-win territory and his team had responded, yet the longer they failed to make their dominance count the stronger Everton became.

While their final ball had been awful, with Dominic Calvert-Lewin starved of any service, they did come to life in the final seven minutes of the half.

That it took the Toffees 38 minutes to carve out their first chance was a tribute to Albion’s efforts, but the hosts survived a scare when Calvert-Lewin slipped in Richarlison and his strike deflected narrowly over.

It was a warning and Calvert-Lewin let the Baggies off the hook three minutes later.

Pockets of space had begun to open up, but when the ball deflected into the striker’s path he hesitated and shot straight at Sam Johnstone from 15 yards.

The Toffees continued to improve after the break but did allow Diagne to nod over after Kyle Bartley glanced on Darnell Furlong’s long throw.

Everton’s extra quality had started to tell though and Gylfi Sigurdsson made an instant impact after coming off the bench to set up the winner after 65 minutes.

The midfielder’s first touch was a corner which was cleared back to him and he produced an excellent delivery with his second for Richarlison to steal ahead of Bartley and head in from four yards.

Albion now had to chase the game, but Everton, marshalled by the outstanding Ben Godfrey, held firm after a late scare in stoppage time.

Ainsley Maitland-Niles’ cross found Diagne and he turned to fire in, only to be ruled marginally offside.