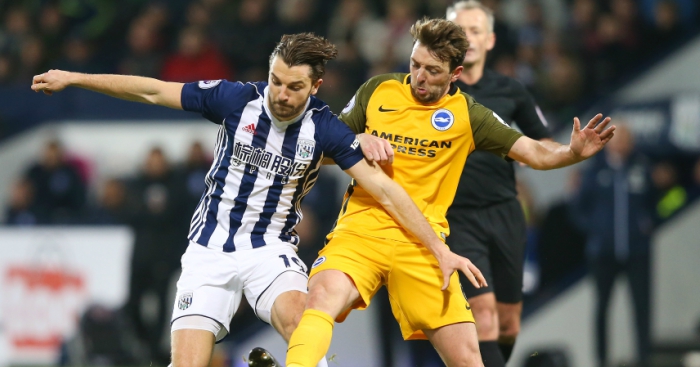 West Brom forward Jay Rodriguez has been reported to the Football Association for a remark allegedly made to Brighton defender Gaetan Bong during Saturday’s Premier League match between the two clubs.

Neither manager would comment on the nature of Rodriguez’s alleged comment but it has been reported to the referee and he will be obliged to include in it his report, meaning the matter will be looked into by the FA.

The incident is thought to have taken place during the second half of West Brom’s 2-0 victory.

Brighton boss Chris Hughton said: “Gaetan Bong has reported Jay Rodriguez for something that has been said to him. It’s been handled in the correct manner by the referee. The referee is aware of what the allegations are and that will go through to the FA.

Rodriguez denies the claims against him, according to West Brom boss Alan Pardew.

“There’s been an allegation made by the Brighton full-back to the referee and that allegation will go to the FA,” he said.