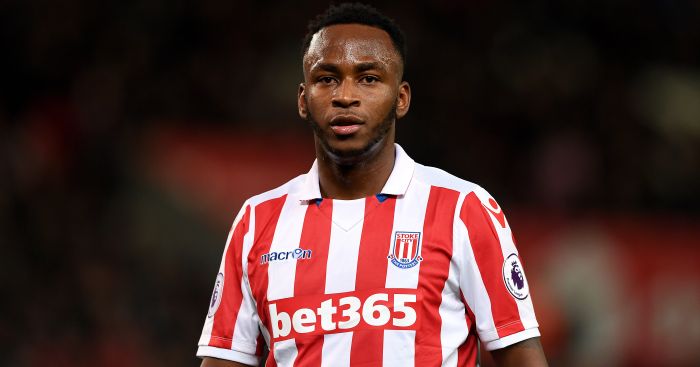 The 29-year-old’s comments have added to the growing friction following Berahino’s transfer from the Baggies to the Potters last month.

Berahino made a £12million switch to Stoke having been suspended for eight weeks from October to December by the Football Association.

The Daily Mail reported last week he tested positive for a recreational drug during his time at The Hawthorns, although neither club have confirmed the reason for Berahino’s suspension.

Stoke boss Mark Hughes hinted he believed the Baggies were responsible for the news coming out less than 48 hours before the Potters’ 1-0 defeat at Albion on Saturday, and Shawcross has also voiced his own concerns.

He said: “I was a bit disappointed with the stories coming out the day before, which were obviously no coincidence.

“Someone from West Brom’s side must have been speaking to the papers and I was very disappointed with that. I didn’t think it was needed.

“But Saido’s a great player and he’s going to be a great player for us. We need to get him focused on the game and in the next couple of seasons he’ll be scoring a lot of goals.”

Press Association Sport understands West Brom are adamant they did everything by the book and that, once a deal was struck and before money changed hands, Stoke were fully briefed over the situation.

Hughes and Albion boss Tony Pulis failed to shake hands before or after Saturday’s game and both have offered differing versions of when Stoke were made aware of Berahino’s ban.

The 23-year-old came on as a second-half substitute but made little impact, and Albion goalkeeper Ben Foster admitted he was relieved Berahino’s return was an unhappy one thanks to James Morrison’s early winner.

He said: “In the back of your mind you’re thinking ‘come on, let’s just see this out, don’t let the ball drop to him’. You just worry that a little mistake could cost you. But the lads were amazing, they hardly gave him a kick.

“They crowded him out, made sure he didn’t get any service whatsoever.

“To be fair Stoke have only had two chances. Our defenders were brilliant – well, and the ones in front of them.

“It’s a great win and a really hard fought one. I thought first half we should have been out of sight, three or four goals up.”