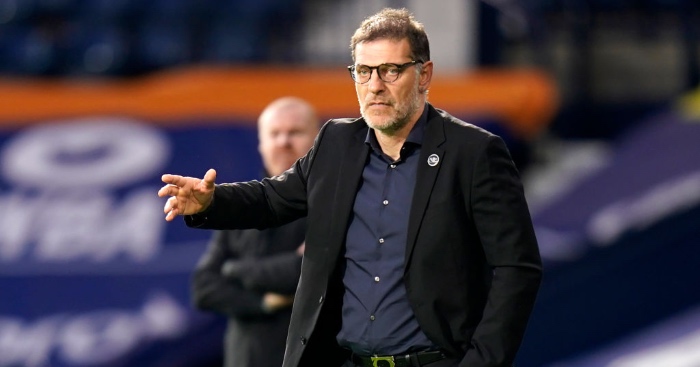 West Brom boss Slaven Bilic believes the team ‘need a positive result’ against Brighton in the Premier League to start their ascent up the table.

The Baggies currently sit in 17th after picking up two points from their first five matches.

Their most recent outing was a 0-0 stalemate with Burnley.

Speaking ahead of their important game against Brighton, Bilic told reporters: “Nothing else can give you confidence and belief than a win. All I want to ask from the guys is to improve from where we stopped against Burnley.

“It has to become our minimum standard and with a bit of better finishing, magic or more bravery, sooner or later the win will come.

“We need a positive result and performance because only in that way we can say we are improving and building from the game against Burnley.

“We weren’t happy with the result but found a lot of positives we could build on.

“Not only the result, it is the most important thing, but the performance can help us as a newcomer in the league.”

As mentioned by the manager, West Brom are still searching for their first victory in the Prem after gaining promotion from the Championship.

£20 million signing Grady Diangana has been one of their best players so far and could push them to three points with a big performance.

When asked about Graham Potter’s Brighton, Bilic said: “They are a ball-playing side and play nice football, the points they have got don’t really match the performances.

“They have played better than they have shown. They are a very good side, they are very solid, resilient and good with and without the ball but it’s a good opportunity for us to get something out of it.”

After playing Brighton, the Baggies’ next match is a huge away game against Fulham on Monday 2nd November.