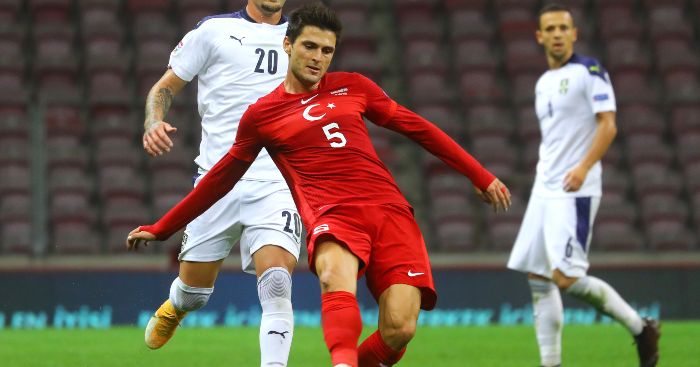 West Brom have completed the deadline day loan signing of Okay Yokuslu from Celta Vigo and are closing in on Arsenal’s Ainsley Maitland-Niles.

The midfielder, 26, has joined for the rest of the season to aid the Baggies’ battle against the drop.

They are 19th in the Premier League ahead of Tuesday’s trip to rock-bottom Sheffield United.

Yokuslu’s arrival follows those of striker Mbaye Diagne, who moved on loan from Galatasaray last week, and Robert Snodgrass, while the Baggies have also agreed to take England international Maitland-Niles on loan for the rest of the season.

“As a manager I would have liked them in quicker. Would it have made a difference? Who knows,” said boss Sam Allardyce.

“The important thing is that we get them in the end because there are 17 games to go and hopefully points and wins will come more often than defeats – that will be the key element.

“His (Yokuslu’s) strengths will help us. The only question to be worried about is, ‘Can he do it straight away?’

“It’s not the quality or ability of the players – it’s about, ‘Can he cope with the Premier League from the start?’

“We hope he can because we haven’t got the time. There is a possibility that it won’t happen but we have to take that chance with the quality of the player.”

Turkey international Yokuslu is unlikely to feature at Bramall Lane, with Allardyce expected to name him on the bench for Sunday’s trip to Tottenham.

He added: “It’s unlikely I’ll throw him straight into the mix. I’ve tried that once before and the player didn’t cope. We don’t want the whole of the outside world throwing criticism at him.”

Former Leicester forward Ahmed Musa is also to arrive for a trial, delayed due to coronavirus protocols.

The Baggies are now nine points from safety after Brighton’s 1-0 win over Tottenham on Sunday and Allardyce knows they must start winning ahead of Tuesday’s trip to South Yorkshire.

“We’re desperate to get three points at Sheffield United,” he said. “We are both in the worst positions we can be in, so we have to go out and perform, be better than Sheffield United and take our chances when they arrive.

“Two points out of the two games against two teams around our area is not good enough to get us out of the problem we have.

“We had a great chance to win against Fulham, it’s our fault we didn’t win. All the lads had to do was defend properly.

“Historically 38 points has been enough (to stay up) and I think it’ll be enough this year. Sooner or later we have to be the ones doing the winning when the others are losing.”