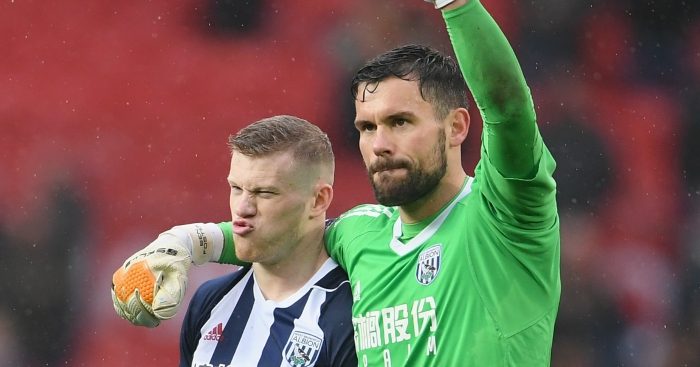 West Brom are said to be furious with Watford after receiving a paltry offer for Ben Foster worth a tenth of their valuation.

According to The Mirror, the Hornets are keen to bring Foster back to Vicarage Road this summer but their opening bid is said to be worth £1million.

Albion, relegated from the Premier League last season, reckon their former England keeper is worth ten times that amount and believe Watford are simply trying to destabilise Foster.

The 35-year-old has two years remaining on his deal at The Hawthorns and the Baggies insist he, nor any of their players, will be sold on the cheap.

Foster and team-mate Craig Dawson have been fined two weeks’ wages after refusing to travel to Albion’s six-day pre-season training camp in Portugal.