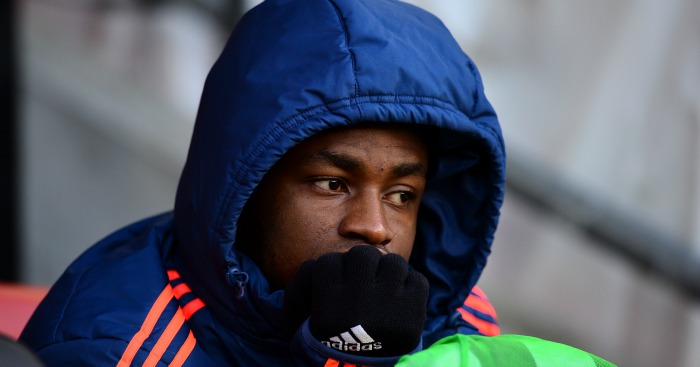 The forward has apologised for his actions after trying to force a move away from The Hawthorns last year.

He issued a warning to chairman Peace on Twitter that he would never ‘play’ him, presumably in an upcoming biopic film.

After Albion rejected two deadline-day bids from Tottenham in September, he tweeted: “Sad how I cant say exactly how the club has treated me but I can officially say I will never play Jeremy Peace.”

In total the Baggies rejected four bids from Spurs in the summer – the final one rising to £23million – while Newcastle also made an offer in January.

But now the England Under-21 international has said sorry for his misguided tweet.

“It is something I look back and I really regret. I should never have said that. I am human like you know,” he said.

“I make mistakes and I hold my hands up and I say it was a mistake from me and I just apologise to all the fans out there that have always supported me and also the club that has always believed in me.

“I have missed a lot of football and I am just trying to get myself back into match fitness and sharper again like I was last season so my focus is mainly on getting back to what I was last season and finishing really on a high.”

Berahino has scored six goals in 25 games for Albion this season with boss Tony Pulis critical of his form and fitness.

He netted 20 times for the Baggies last term and Berahino believes the goals will return.

He told the club’s official YouTube channel: “They are bound to go in sooner rather than later so it is all about getting yourself into good positions and not trying to think too much about scoring, and are you going to miss or not. I am patient with it. I know if I get myself in a good position the goals will come.

“So I just stay patient and work hard for the team and try and push on.”