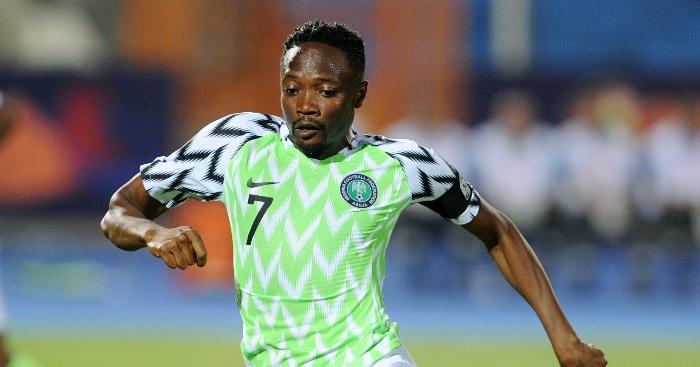 West Brom are hoping to sign former Leicester City flop Ahmed Musa this week, according to a report.

Musa left the King Power Stadium in August 2018 after managing just five goals for the Foxes.

He went on to join Saudi Arabian side Al-Nassr but is now a free agent.

According to the Daily Mail, Musa will travel to England this week to train with Sam Allardyce’s team.

If he impresses then the winger could be offered a short team deal at The Hawthorns.

Signing Musa would give Allardyce an extra option going forward. He mainly operates on the left wing, meaning he would compete with Grady Diangana for a place in the first team.

A free transfer would also give Musa the chance to prove himself in the Premier League.

He played for Leicester between 2016 and 2018 but only managed 21 league appearances.

The Nigerian international failed to live up to the hype surrounding his initial £17.5 million transfer from CSKA Moscow.

Sam Allardyce has previously revealed his intention to make this a busy transfer window for West Brom.

It is proving to be that way too, with plenty of links to potential targets.

Allardyce is searching for a new striker to add to his squad. Christian Benteke could be set to join the club after they opened transfer talks with Crystal Palace.

Mbaye Diagne is another option if that deal falls through.

The Baggies need some new options in midfield, too. They’ve contacted Real Betis over a move for William Carvalho, although the Spanish side seem reluctant to sell.

New signings will be essential if West Brom are to escape the drop this season.

They’re currently 19th in the Premier League after picking up just 11 points.