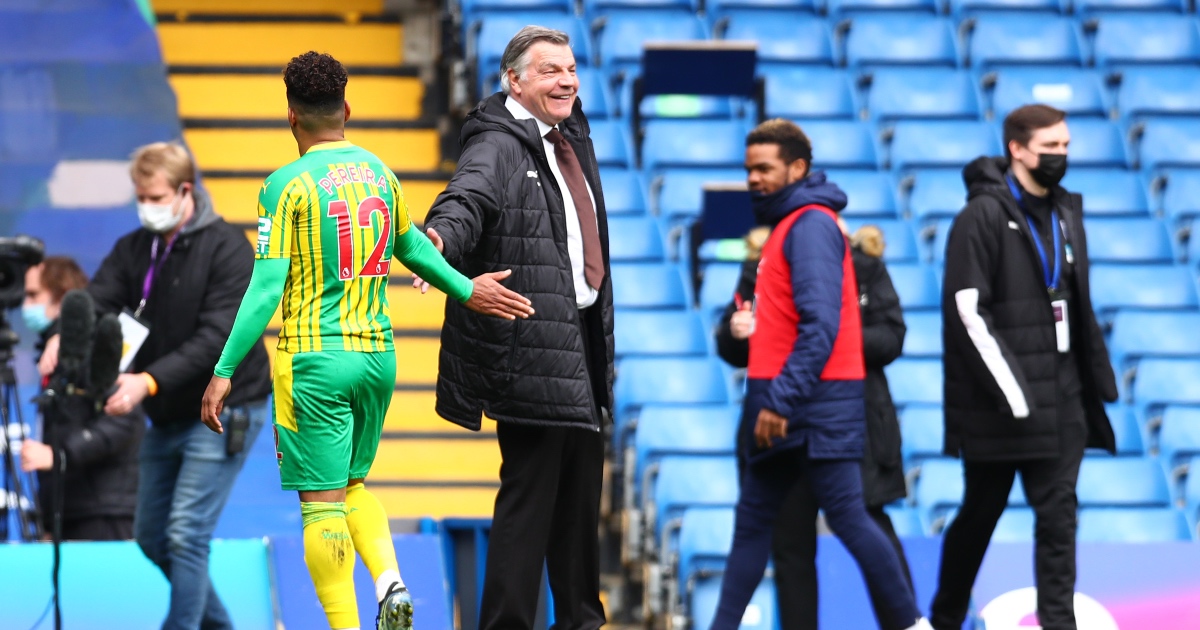 The Baggies have struggled in front of goal recently, scoring just once in their previous five league matches.

But the international break clearly gave them a chance to work on their finishing as they secured a convincing win over Thomas Tuchel’s men.

West Brom went behind in the first half as Christian Pulisic reacted first to a Marcos Alonso free-kick and tapped home from close range.

Thiago Silva was then sent off after picking up a second yellow card for a challenge on Okay Yokuslu.

With an extra man, the Baggies started to trouble Chelsea keeper Edouard Mendy.

Matheus Pereira bagged the equaliser just before half time by lobbing Mendy in confident fashion.

He doubled his tally to give West Brom the lead at the break.

Callum Robinson scored a brace of his own, with Mbaye Diagne also getting on the scoresheet, as West Brom rounded off a successful day in the capital.

Even a Mason Mount goal in the second half couldn’t dampen their spirits.

Speaking about the victory, Allardyce told BBC Sport: “I am delighted. Not only with the win but the style, it has been coming for a while but our lack of finishing has cost us. What we saw today is what we have been missing.

“The quality of our goals and our football brought us a fantastic result. We were desperate for it.

“They went down to 10 men, deservedly so. Thiago Silva could have gone for his first foul. But on many occasions I have got a result with 10 men – we took Chelsea apart.

“We started really well, we pressed and didn’t sit back. I had three weeks to think about this game and sort the tactics. We said let’s go, let’s go challenge them and it worked extremely well.

“For me, I would have liked to see Matheus Pereira get his hat-trick but that’s being greedy I suppose. We need a few injured players to recover.”

Allardyce will be hoping his team can continue this attacking form during their season run-in.

They need some good performances, and more importantly wins, if they are to catch Newcastle in 17th place.

The result puts West Brom on 21 points from 30 matches.

They have eight games to close a seven-point gap on the Magpies, who play Spurs on Sunday.