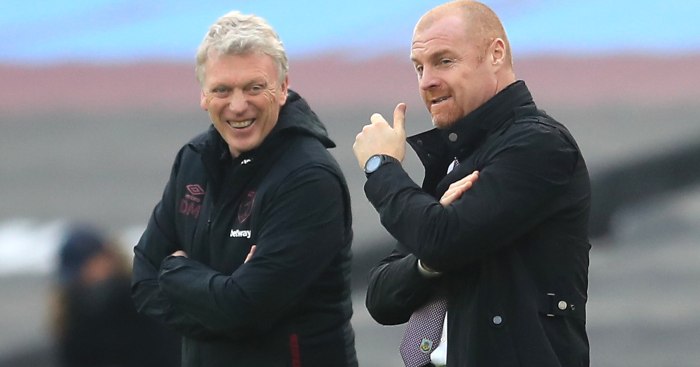 David Moyes was impressed by the performance of fit-again Michail Antonio as he fired West Ham to a 1-0 victory over Burnley.

Antonio, back in the team after a couple of months out with hamstring problems, grabbed his fourth goal of the season as West Ham sank the Clarets.

Hammers boss Moyes said: “Michy was very good for someone just coming back from injury.

“He’s shown a great level of robustness in the last six months and hopefully we can get him back up to that. If he can regain the form of those previous months that would be a big thing.”

Moyes is expected to splash out on a striker this month following the £20million sale of record signing Sebastien Haller to Ajax.

But he added: “We’ve already made enquiries for players at clubs, it’s not as if we’re not trying, but I need players who can make a difference. If not I’ll use the young players or find someone else in the squad.”

Future365: The timeline of West Ham’s January search for a striker

Antonio found the net in the ninth minute with West Ham’s first attack of the match after Said Benrahma’s ball sent Jarrod Bowen through.

Bowen reached the byline before playing the ball back to Pablo Fornals, who crossed into the area.

The ball grazed the head of Clarets defender Ben Mee, forcing James Tarkowski to miss his header and leave Antonio with a tap-in at the far post.

The 30-year-old embarked on one of his trademark bizarre celebrations, performing the backstroke by the corner flag after being challenged to by team-mate Declan Rice.